It’s one of the best ideas anybody has come up for a long time on Ambergris Caye. Who would have thought a Farmer’s Market would be so successful and bring together some great businesses and locals to introduce their products to the community. 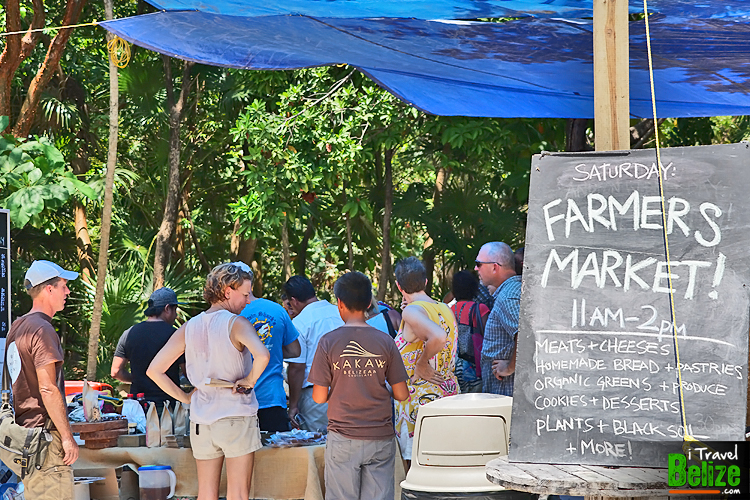 It was at the Farmer’s Market that we discovered this awesome lady known as the Pirate Girl who makes the most amazing cakes we have ever tasted in San Pedro. Shout-out to Pirate Girl Treats by Debbie Klauber. AMAZING carrot cake, hummingbird cake and THE BEST brownie we have every tasted – hunt her down for the Cinnamon Chili Brownies with roasted cashews; they are decadent. Our top pick at the Farmer’s Market. 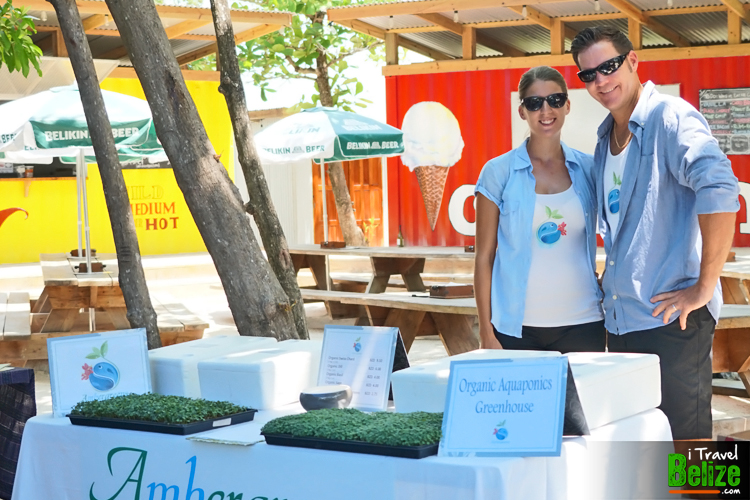 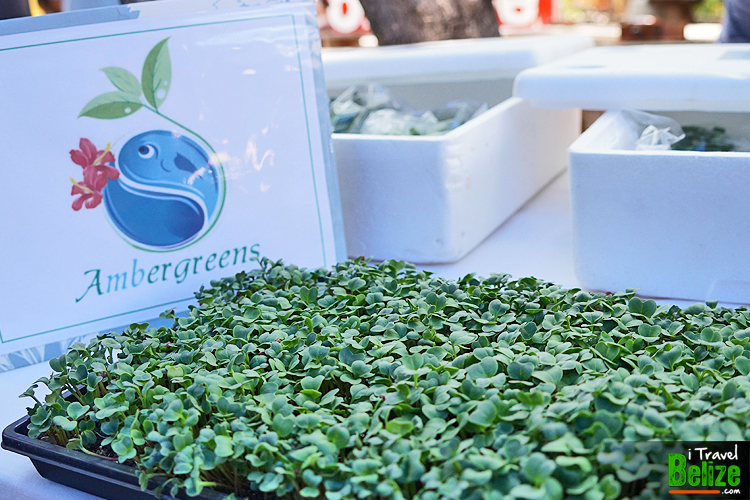 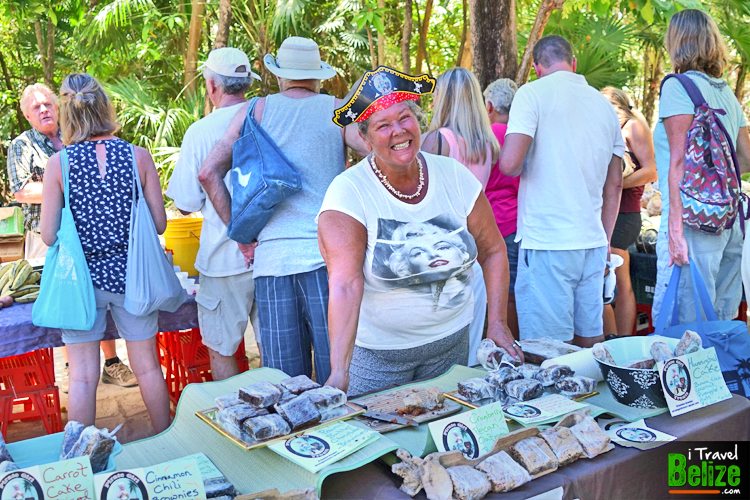 The every-bubbly and friendly Debbie Klauber of Pirate Girl Treats 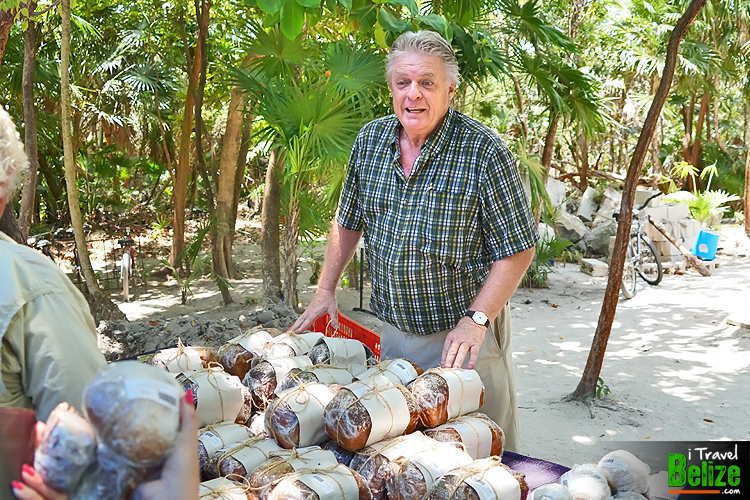 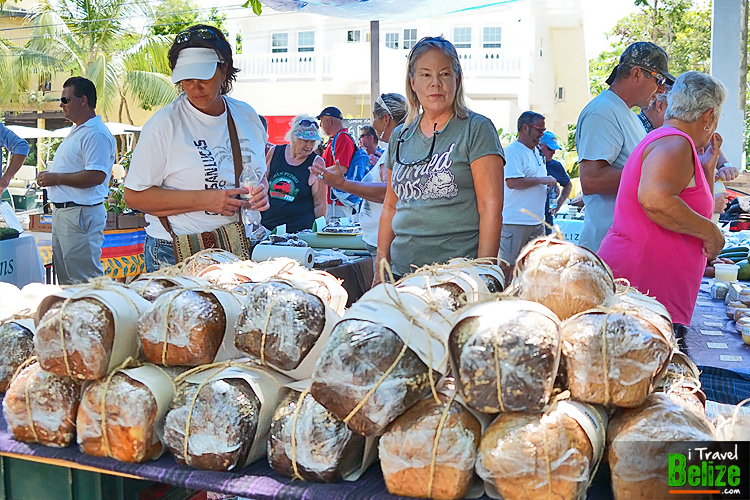 Ian Anderson from Cayo was the merchant with the largest supply, bringing in hundreds of pounds of cheeses, cured and smoked meats, organic fruits and vegetables, fermented drinks and even pickles. His Farmhouse Deli in Belmopan is a big hit with organic produce, popular meats and cheeses. At the Farmer’s Market he sold out about 80 loaves of bread that included rye, molasses and honey.

Local bread maker Sue Blair of ‘Home Baked Bread-and More’ sold out 35 loaves of breads in under an hour!! Then there was Ricky’s Spice Shack with HUNDREDS of locally made spices and the Belize Chocolate Company with great chocolate treats made from locally produced cacao chocolate.

San Pedro’s first attempt at organizing a Farmer’s Market on Ambergris Caye was a huge success. What better way to bring together locals that have a unique product, get to know more people in your local community and take home some great produce and goodies.

Oh Yeah! This all happens at The Truck Stop north of the Boca del Rio Bridge. The first ever Farmer’s Market took place on Saturday, April 23, and the next one has been scheduled for Saturday, May 21, from 12p.m. to 2p.m. It takes place once a month, so check out our Event Calendar to keep posted on future dates and other special events around the country. 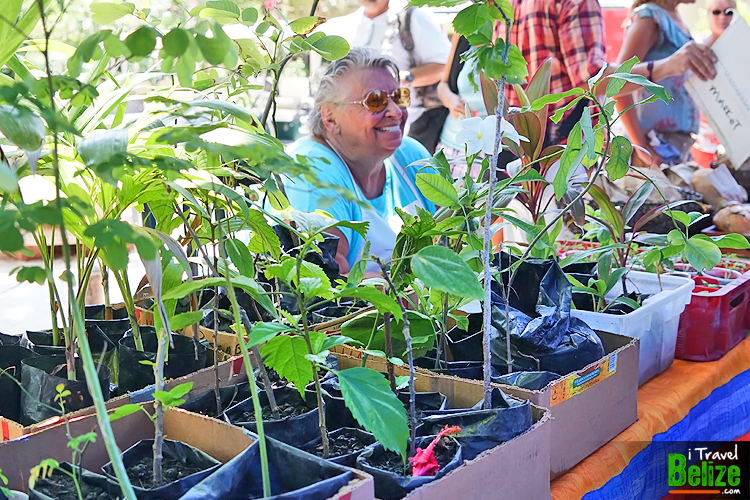 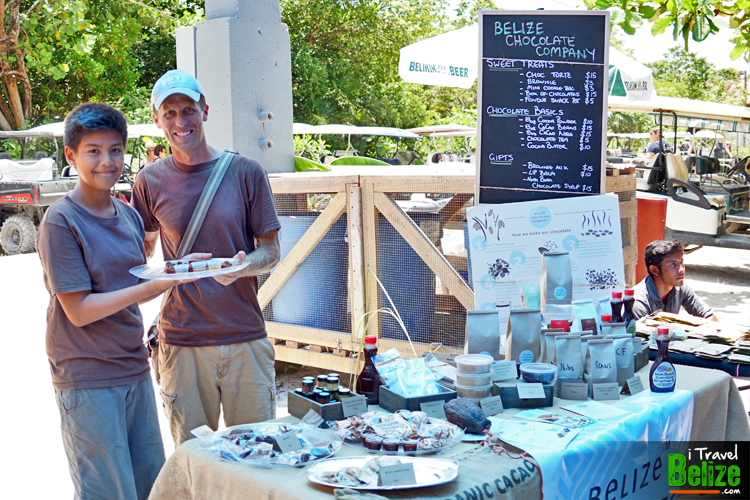 Chris and son Noah of Belize Chocolate Company, give out free samples of Chocolate Tea 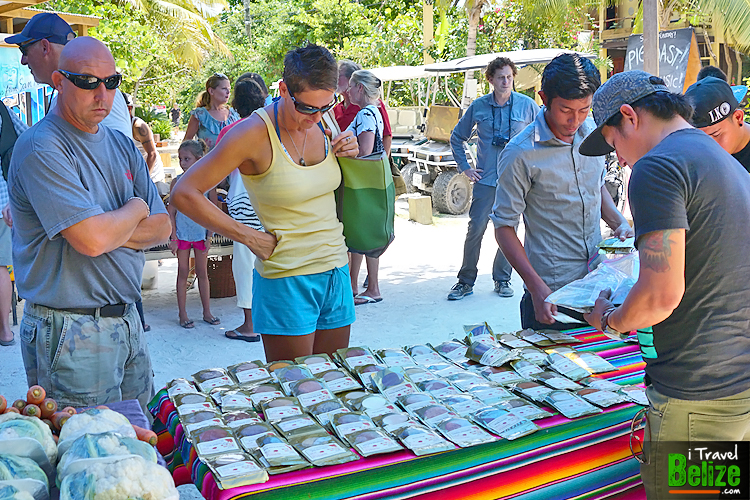 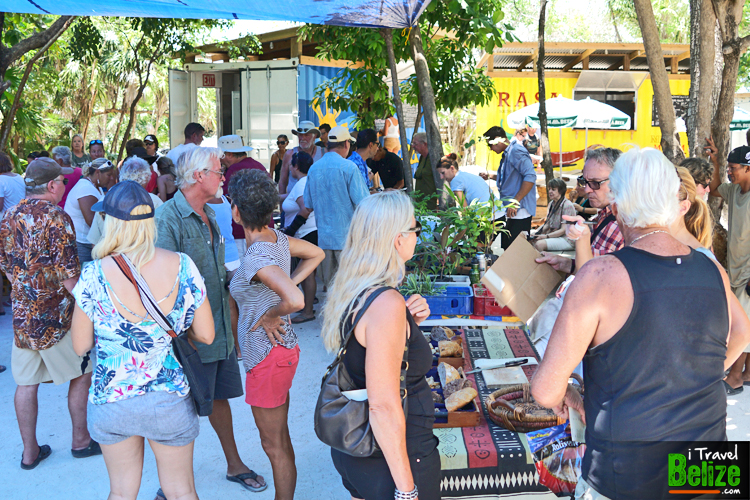 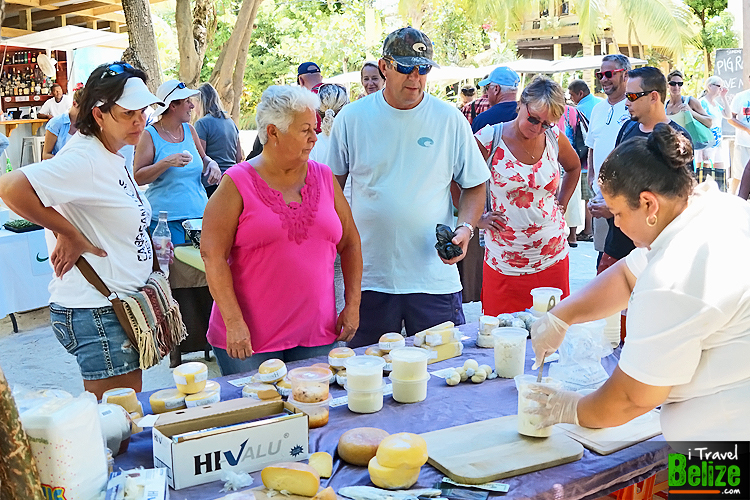 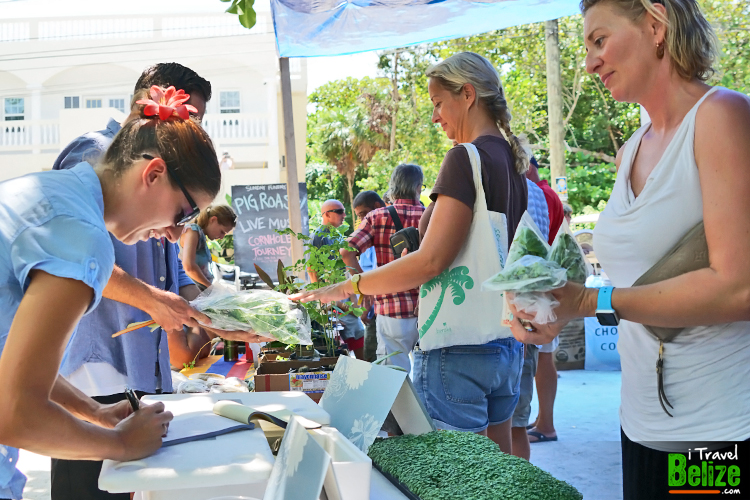 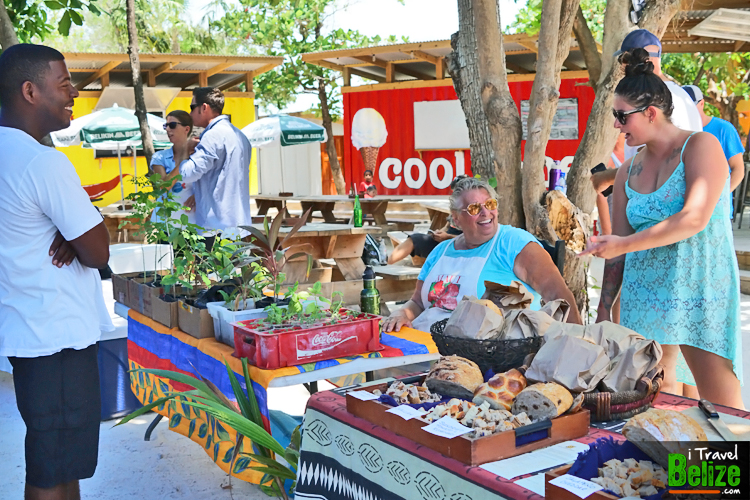