How lucky were we to be in Belize City during the official ribbon cutting ceremony for the latest beautification project by the Belize City Council. We were killing time in the city as we planned our next road trip when we received our invitation. There was a NEW Belize sign unveiling. We just had to make an appearance.

The new sign is located at Battlefield Park in the heart of downtown Belize City. We were eager to go take our selfies. This sign is different than the first two. Instead of large letters spelling out BELIZE, the new sign is in the form of a picture frame/post card that highlights the historical Belize Courthouse in the background. 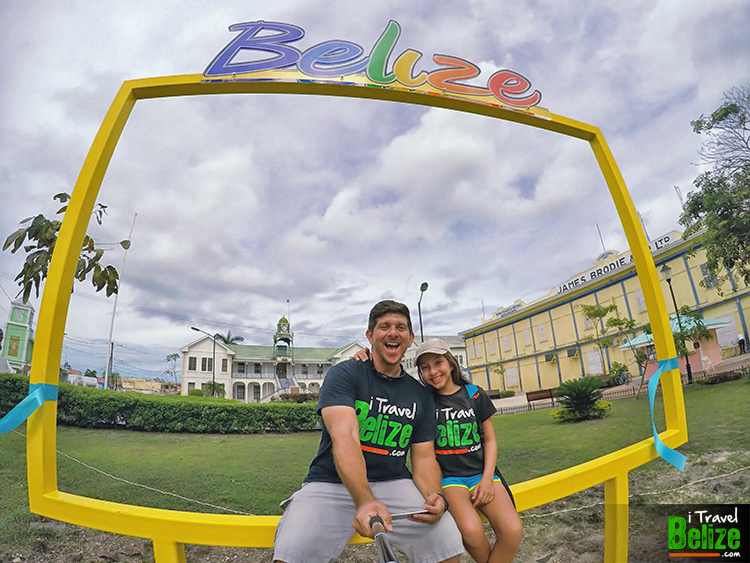 Tourists and locals are invited to walk up to the Belize Sign, sit or climb on it to take their perfectly framed pic. It’s fun and a great addition to picturesque signs in the city. Our good friend Steven Perrera, who was responsible for the creation, installation and beautification of the fist two (now very famous) BELIZE signs was also responsible for this one as well.

Steven, a businessman and lawyer, has provided these signs at no cost to the City Council. He just believes that our country needs more of these attractions that will not only enhance the beauty of the areas they are in, but also help boost the economy by providing more attractions and jobs. He’s a really cool dude with a lot of heart for the country. In fact, we know he has more signs already in the making. 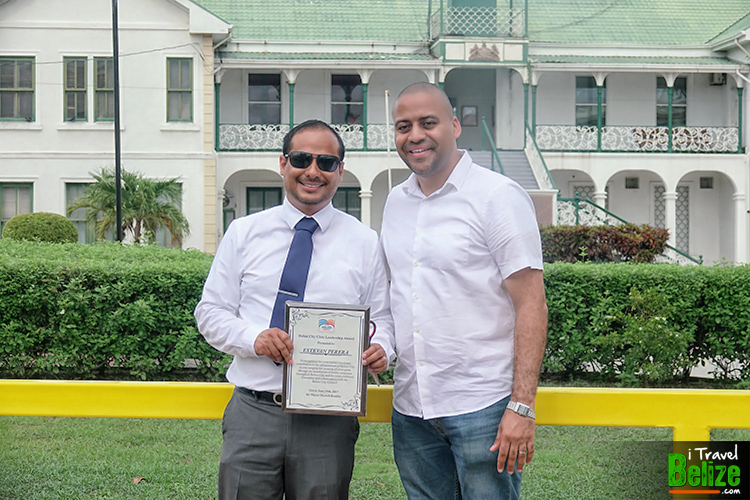 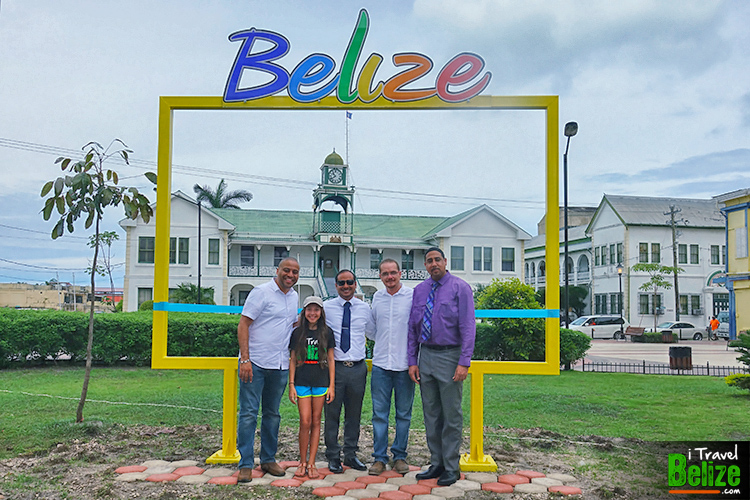 Madi and I had the opportunity to meet the Mayor of Belize City, Mr. Darrell Bradley, during the short ceremony. He says that the signs form part of the council’s plan to develop areas in the City that are along the water front. It all falls into their efforts of marketing the Belize City as the ‘Water City’.

We made the local news that night; taking selfies at the new sign while Mayor Bradley was being interviewed by the City Media. We were having fun in the background.

Thanks Steven for taking time, effort, resources and private finances to create such cool signs that everybody enjoys. Heck, they truly have a big impact in the marketing of our country abroad as they are a huge hit on social media. 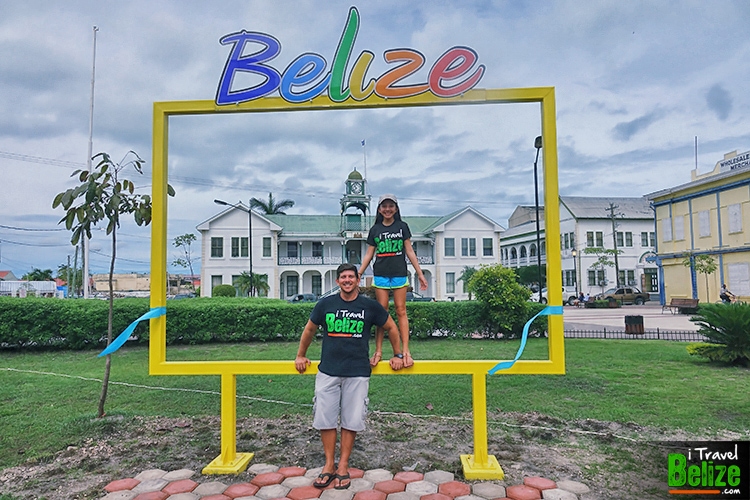 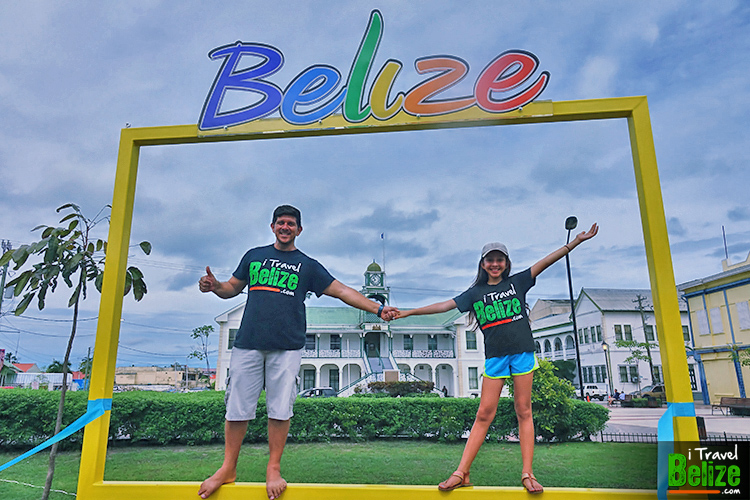 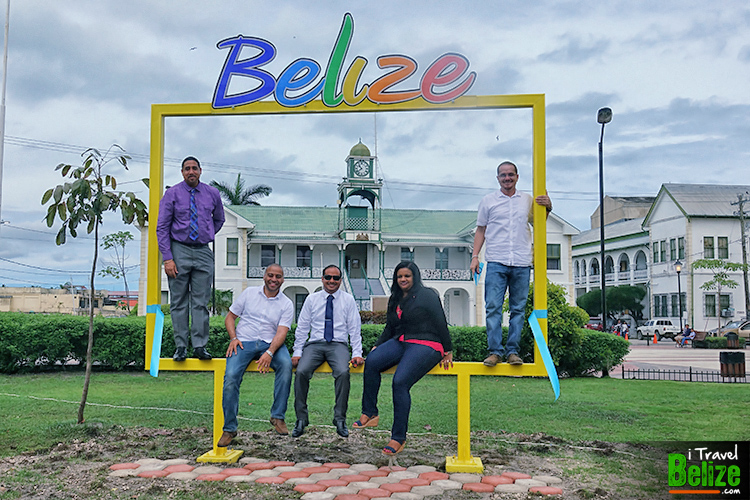 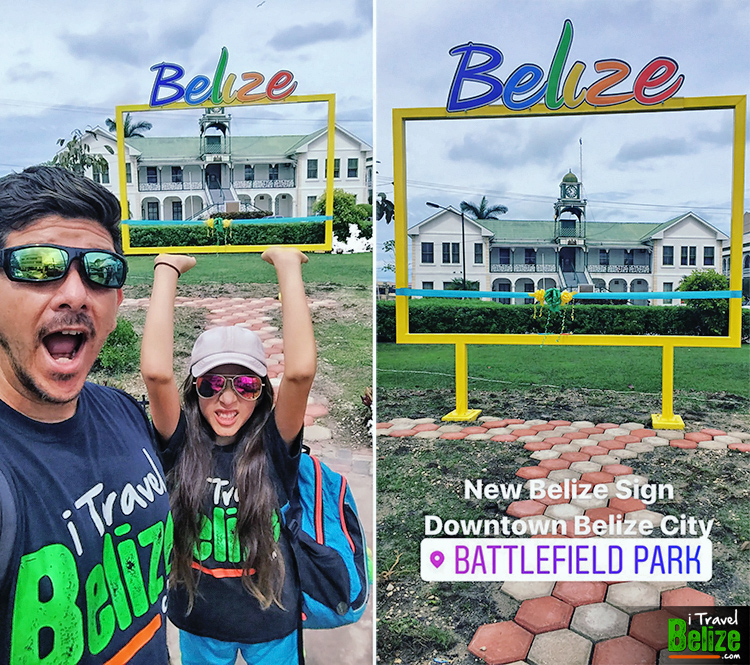 Take a Selfie at the Belize Sign – or a Footsie!