Our family was super excited to have joined Oceana Belize as they took us on a local tour of the Port Honduras Marine Reserve and Snakes Caye in observance of World Oceans Day. The day was filled with amazing panoramas of mangrove forests, a bird’s eye view of the reserve, learning about the importance of the reserve to southern communities in Belize and breathtaking views of crystal clear turquoise waters at West Snake Caye.

We toured the surrounding areas in the reserve which included Abalone Caye Ranger Station where the Toledo Institute for Development and Environment (TIDE) and the Belize Coast Guard monitor and protect the reserve. They are the good guys who, on a daily basis, protect the reserve from illegal fishing activities, monitor sports fishing and tourism activities in the areas.

We did not encounter any scary reptiles on West Snake Caye, but we were astonished and amazed by one of the most beautiful beaches in Belize. The Snake Cayes off the coast of Punta Gorda Town, Toledo, have some of the only beaches in the area. They are simply STUNNING!!! Just take a look. 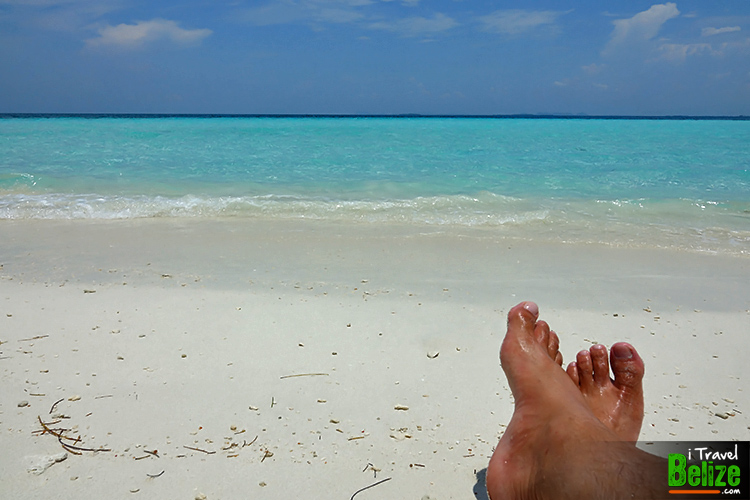 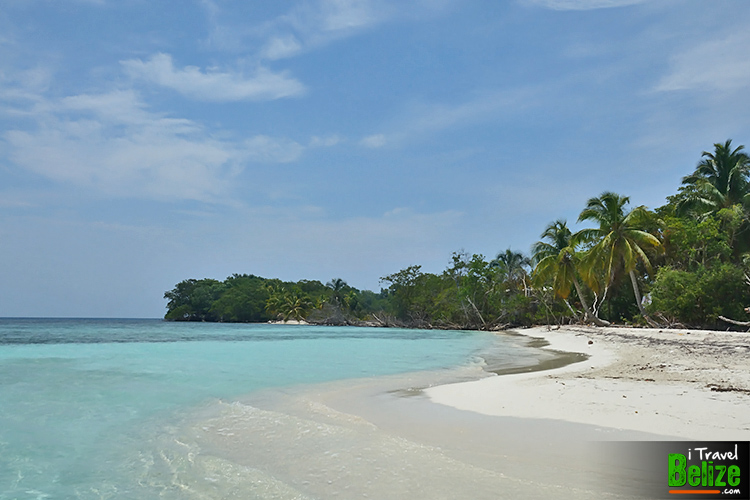 These Cayes in the reserve (four in total) are simply gorgeous islands with surrounding coral reef and picturesque beaches with white sand and crystal blue waters. They are ideal for diving, snorkeling, sports fishing and picnics.

We got to appreciate the beauty of the area but also learn why it is so important to the surrounding communities. The livelihoods of thousands of families depend on the protection and preservation of the marine reserve including Paynes Creek National Park that is a 37,500 acre reserve. Belizeans depend on the PHMR for commercial fishing, sports fishing and tourism which is allowing the area to prosper.

On World Oceans Day we celebrate this rich, gorgeous and thriving environment by the sea. Beneath our oceans, lie a wondrous array of marine life, most of which is yet to be discovered. Limitless as they may seem, oceans face many threats today from pollution, to overfishing, climate change, and more. In fact, the ocean has also absorbed about 30% of the carbon dioxide humans have added to the atmosphere, which spells trouble for coral reefs, the ocean’s most diverse ecosystem.

This World Oceans Day, and every day, stand strong to protect the future of our oceans. It’s up to us to generate a new wave of support for sustainable seas. 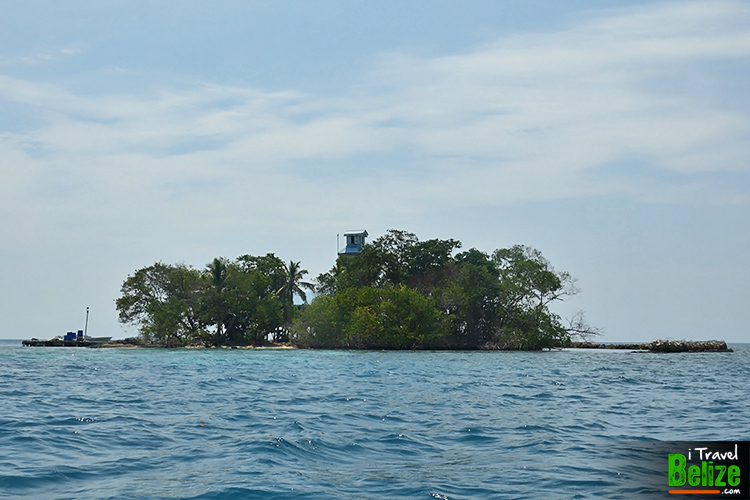 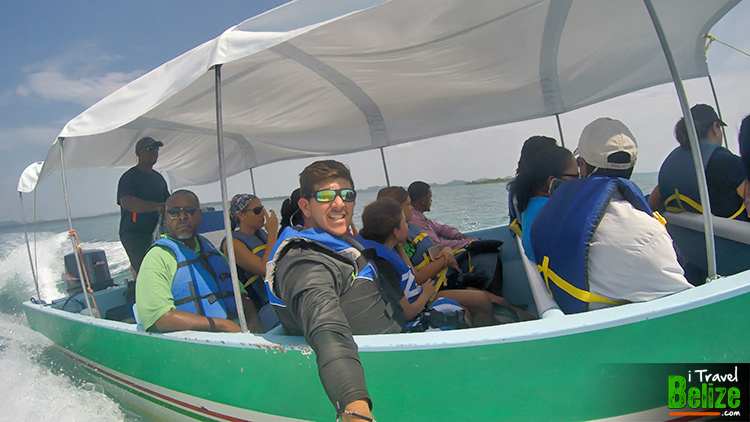 The reserve was established in January 2000, comprises 102,400 acres of marine and terrestrial ecosystems, including a robust belt of mangroves, coral reefs, reef banks, and sandy shoals that are home to high biodiversity. The PHMR is home to the endangered Antillean manatee, loggerhead sea turtle, green sea turtle, and hawksbill sea turtle, as well as other important and rare species.

The reserve was created by the Toledo Institute for Development and Environment and the Belize Fisheries Department to decrease fishing pressure in the area and build the long-term sustainability of marine resources in the southern Toledo region. Abalone Caye is a one-half acre island located within an important area of the reserve that is the most biologically sensitive as well as most vulnerable to illegal activities.

We were so grateful for the opportunity to visit yet another important place in our nations culture and preservation and interact with the people that care for it. We’re calling on all our friends today to join us in our stance against offshore oil in Belize. Visit http://belize.oceana.org to learn what you can do to protect our oceans. 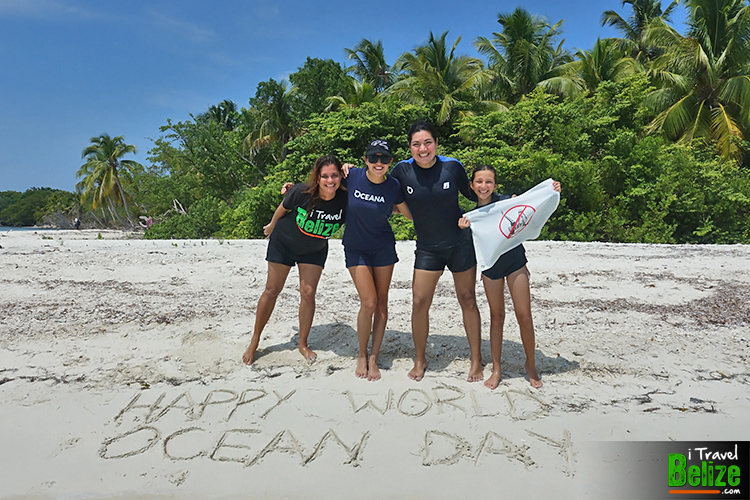 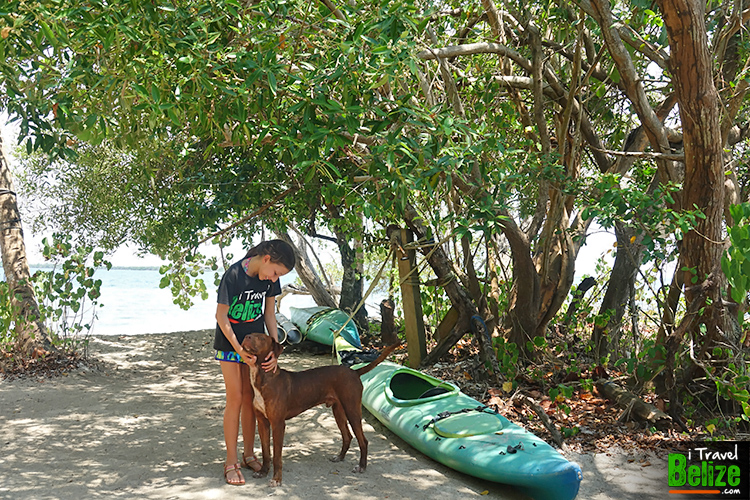 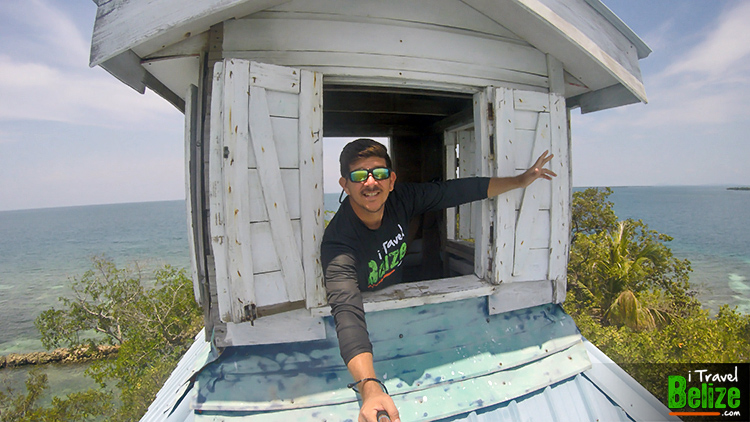 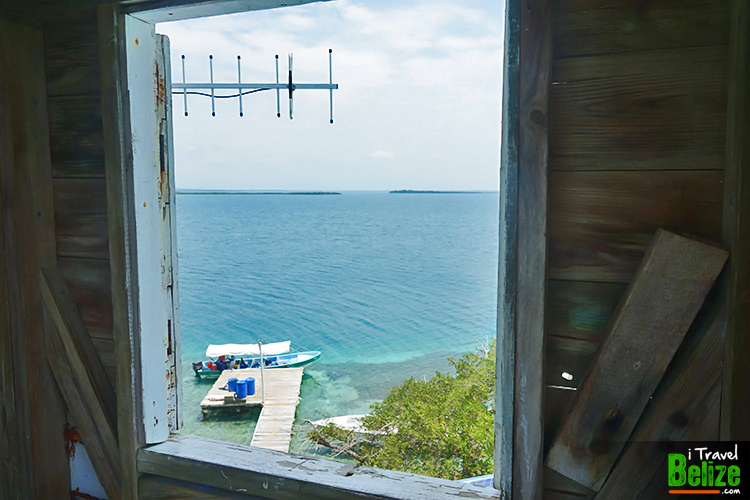 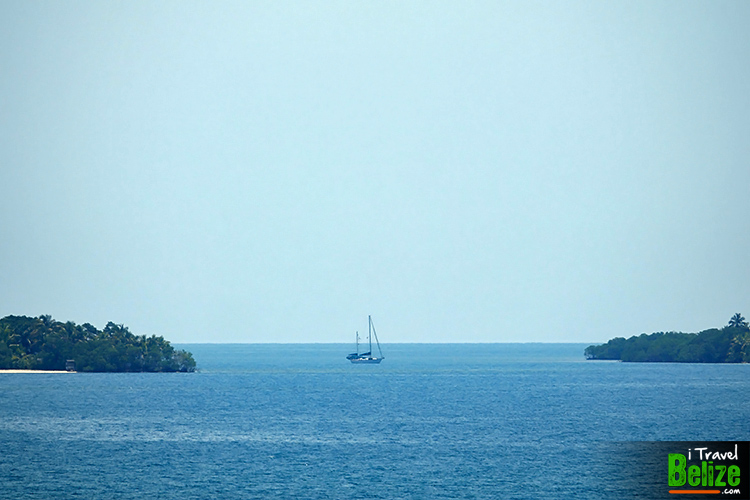 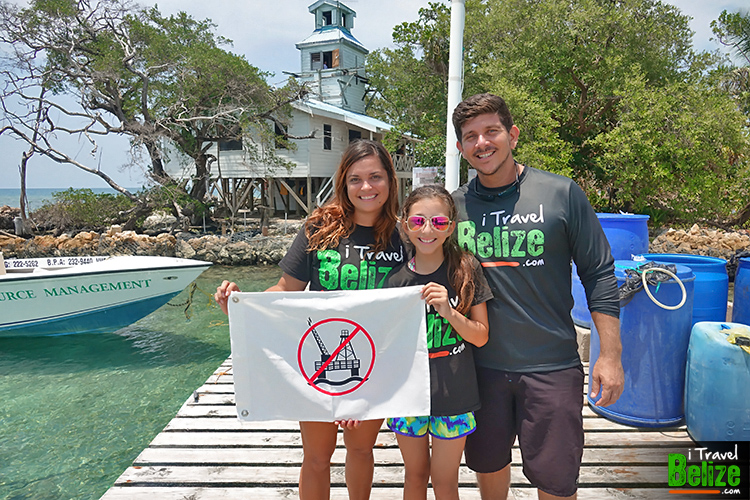 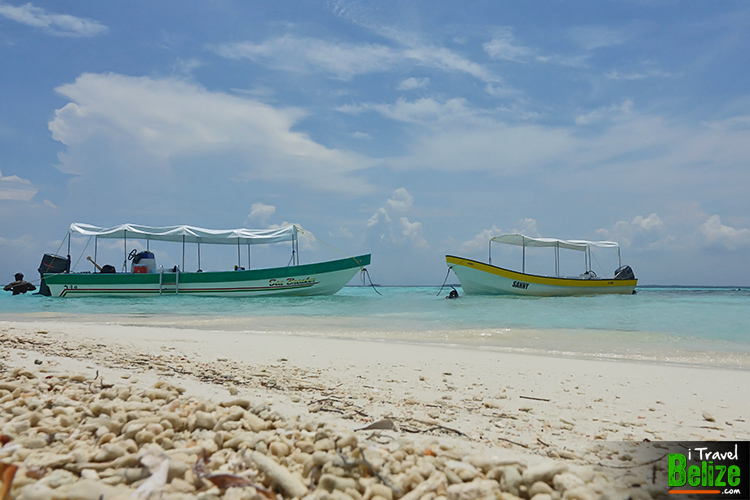 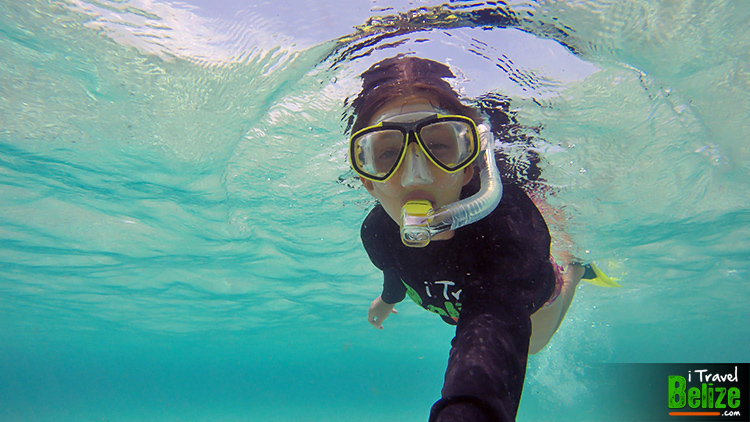 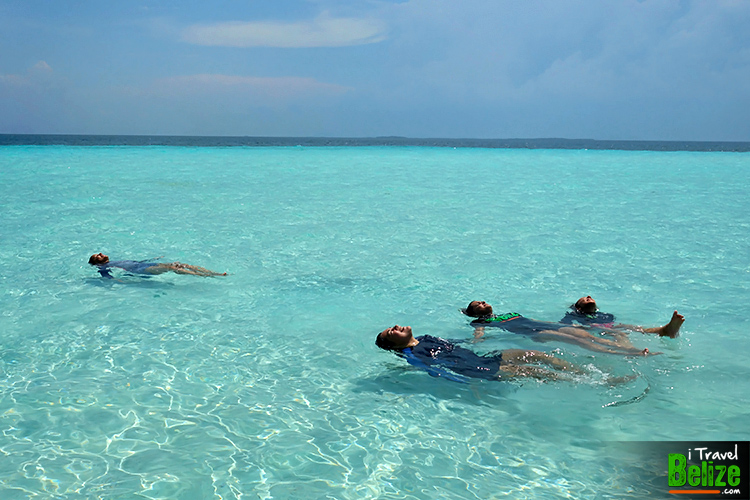 How to Get to Snake Caye for Sports Fishing, Snorkeling, Diving and a Beach Picnic? 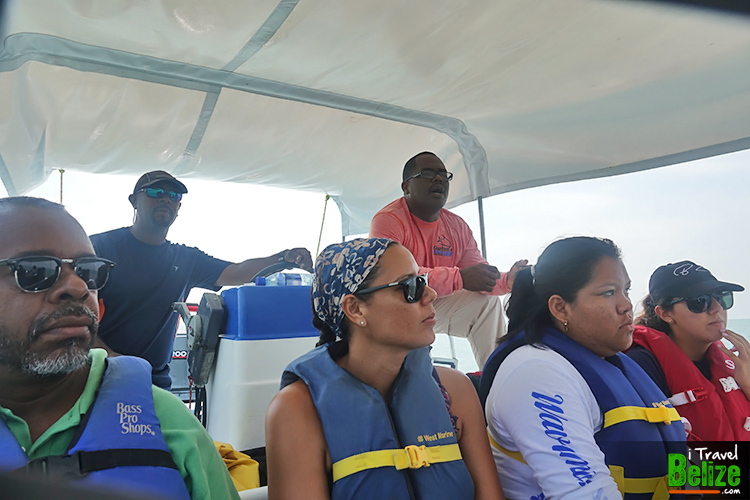 Accommodations in Punta Gorda and transportation to the Port Honduras Marine Reserve and Snake Caye were provided by Garbutt’s Marine and Fishing Lodge. Although primarily for guests on fishing or dive charters, Garbutt’s awesome seafront rooms and stilt cabañas are available to anyone if they’re available. Thank you Mr. Dennis Garbutt for the great hospitality! 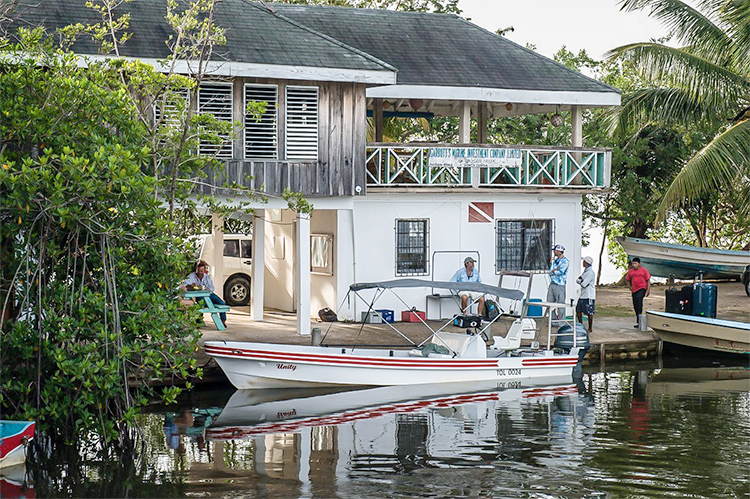