“Wondering if there was anyone in Ambergris Caye who did not have lobster for dinner tonight?” commented Ambergris Caye resident Karen Brodie on her Facebook profile page on the evening that lobster season opened in Belize, Wednesday, June 14, 2016. I guess it was the question on everybody’s mind as they enjoyed a succulent, sweet and meaty lobster dinner that day.

Guess what!? I have not had lobster yet….but, I know I will get my HUGE fix during the big San Pedro Lobster Fest Block Party this coming weekend. Once again I have the arduous task of being a judge at the Lobster Cooking competition; poor me! 😀 That is when I know I will get stuffed with lobster to my heart’s (and belly’s) content.

Just a few days into the lobster season, island residents are boasting pictures of their first catch of the season and the amazing lobster dishes they have cooked up. The best pictures come from the restaurants that are enticing customers to dine out for lobster. YUM!

Here are a few pictures that show the excitement of the opening of Lobster Season in Belize. 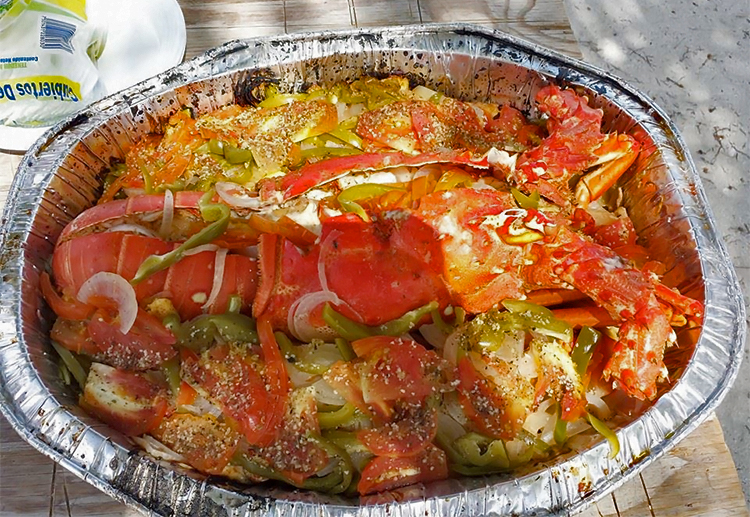 How about THAT for the first lobster meal of the season!!?? 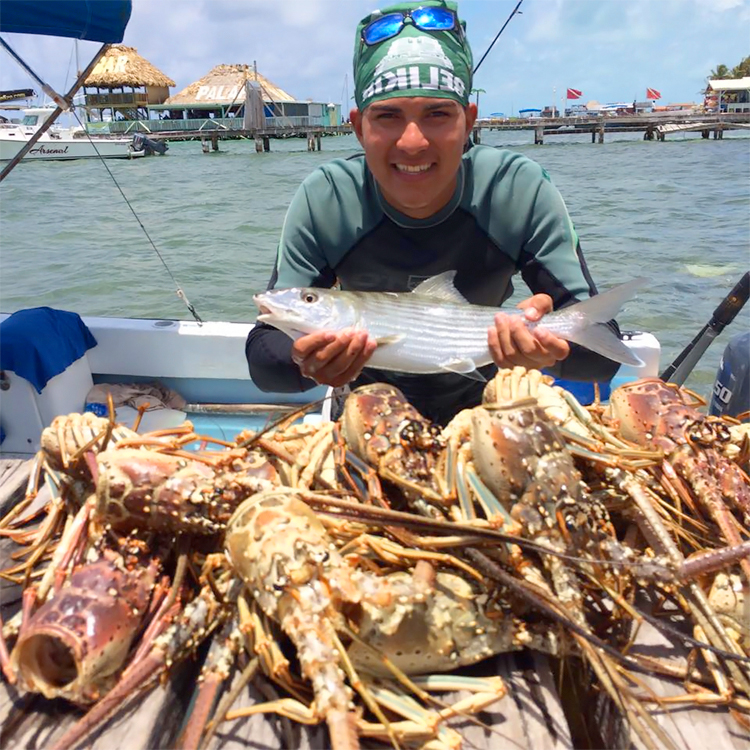 “Tiny portion of today’s catch! Used it to lure in this guy and safely release! Fish on!” commented Ilan Gonzalez 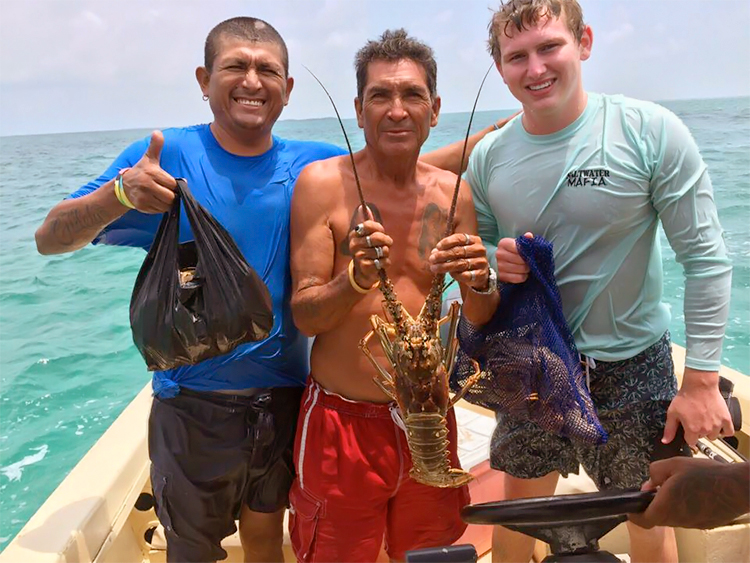 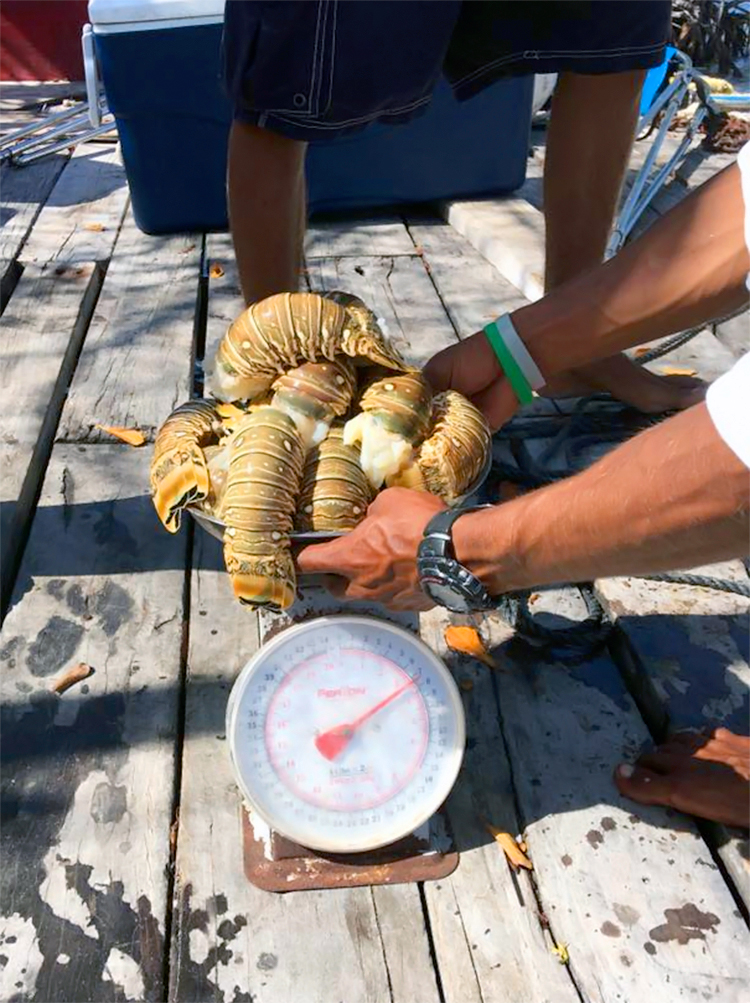 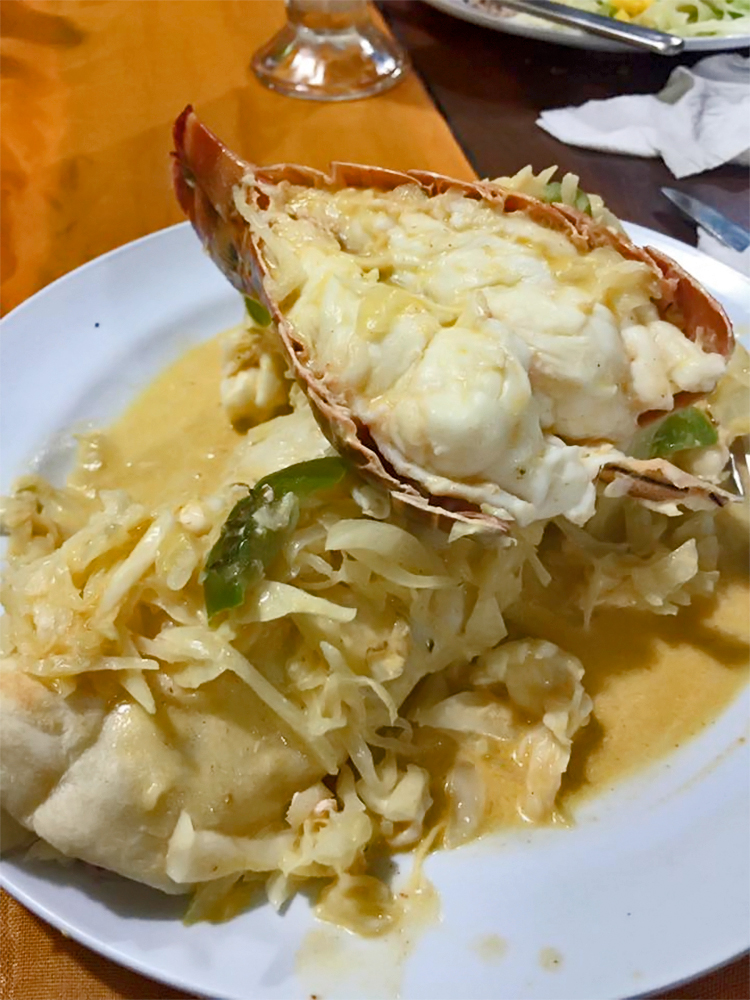 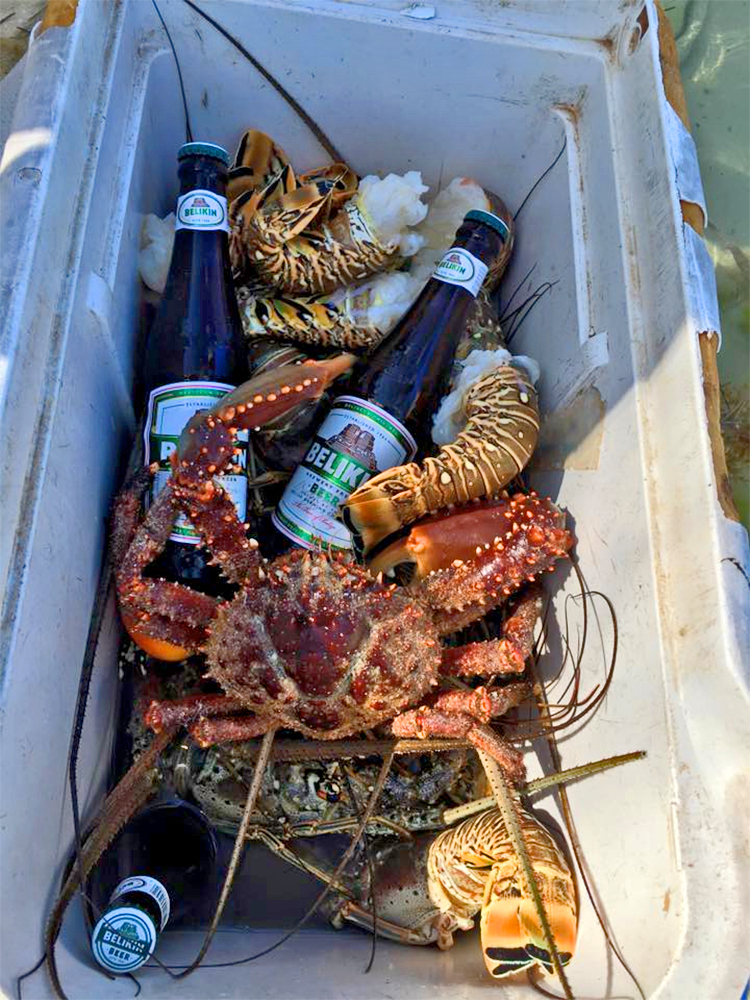 Looks like Luis Dominguez had a great time catching lobster 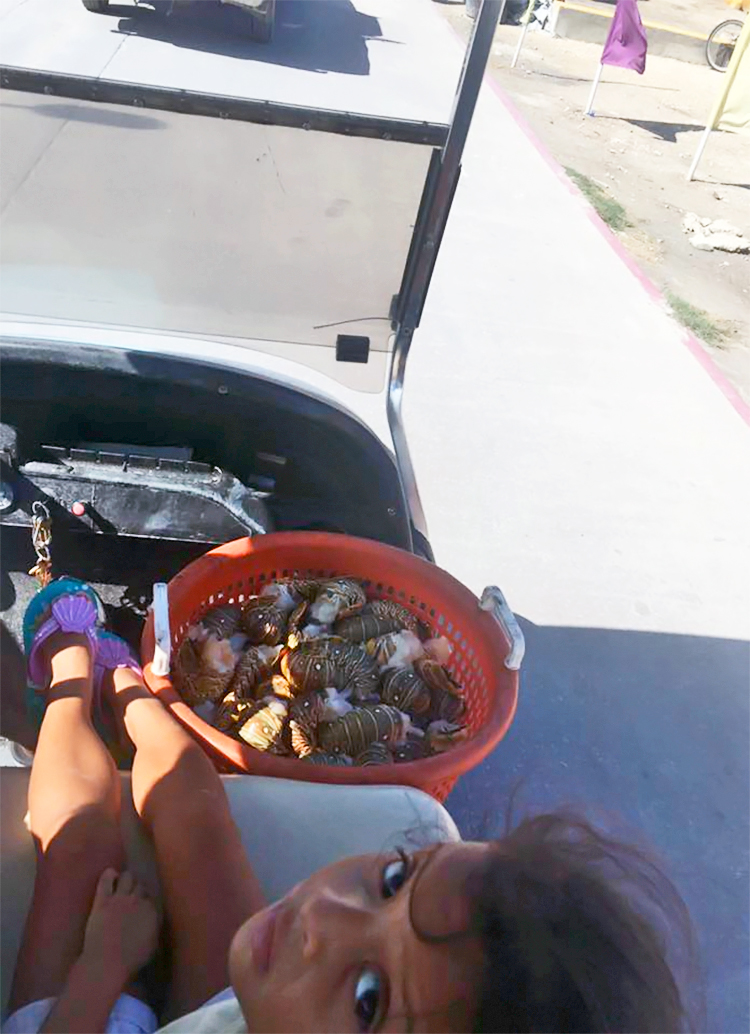 Chucky Lara posts on his Facebook profile – “My beautiful daughter Chloe says she wants to be like her uncle Tuly Lara. She wants to go dive for some lobster….. I promised her when she is 10 I will make her dreams come true.” 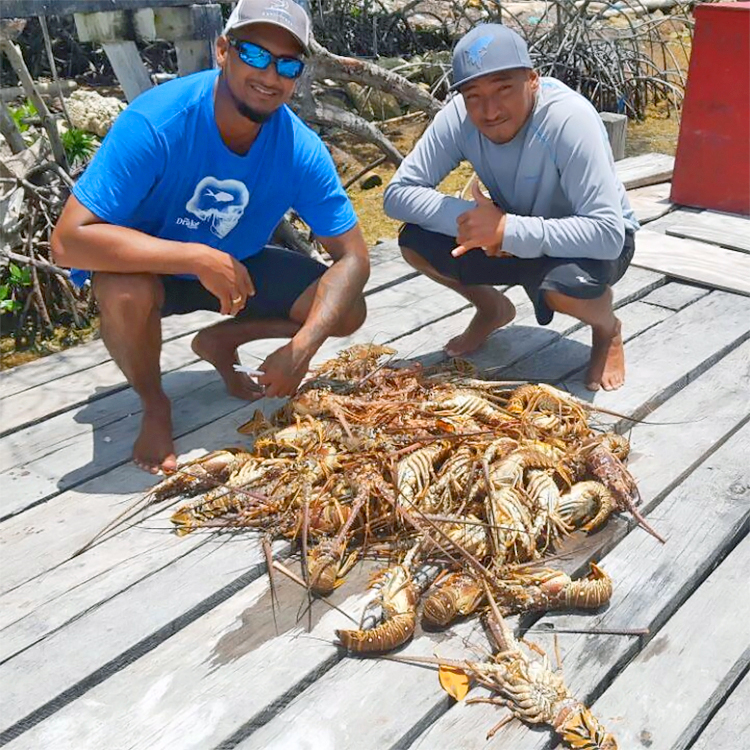 David Vasquez posts – “Nature has blessed the with wealth untold! Our first haul of the lobster season, found that honey hole, one coral 60 Lobsters,100 total, just two hours of swimming! 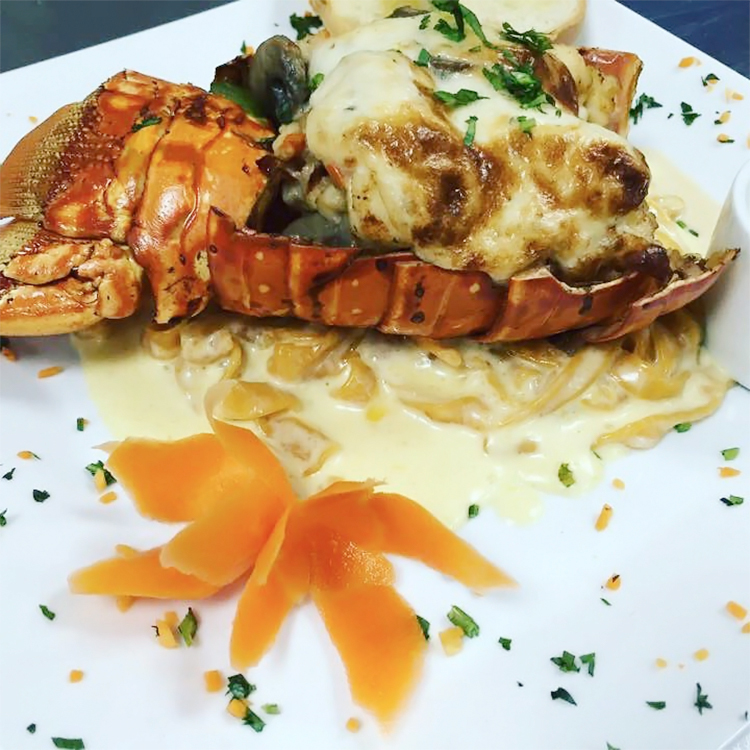 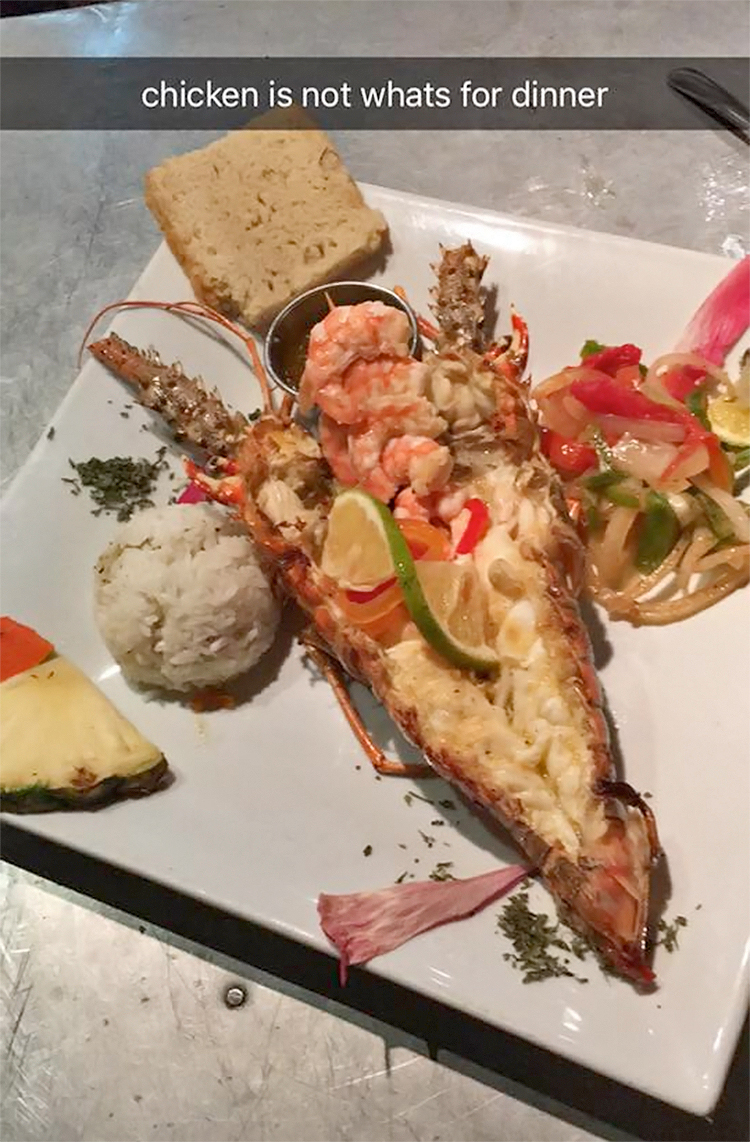 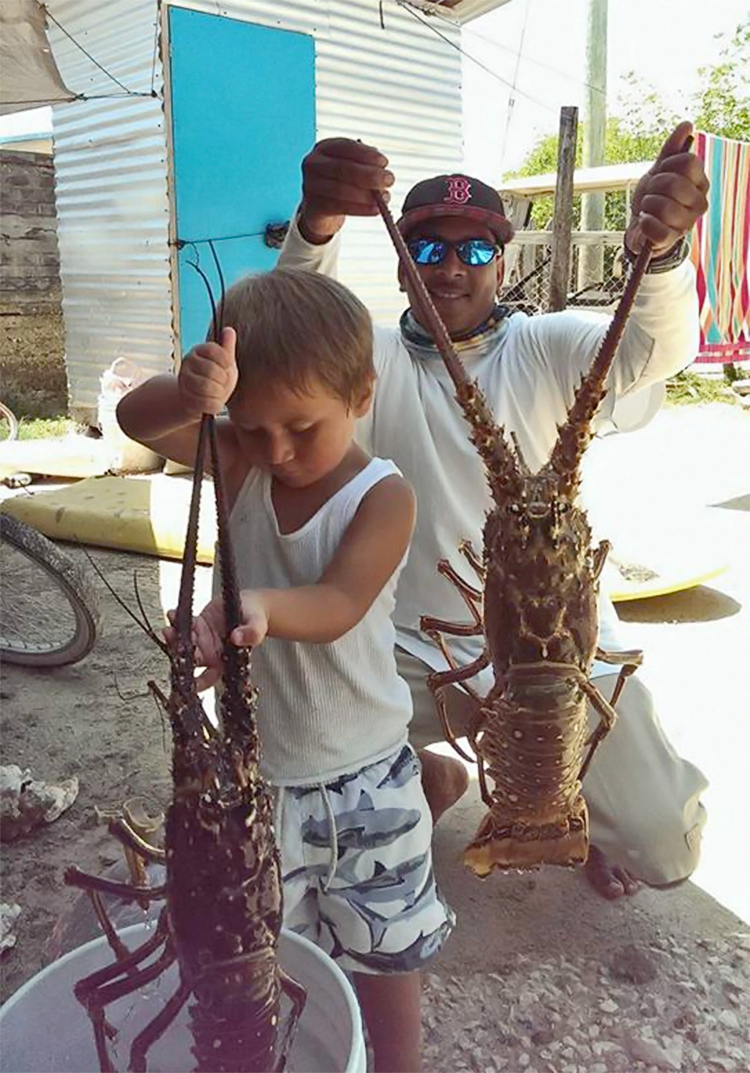 Justin Daniels hauls in the big ones 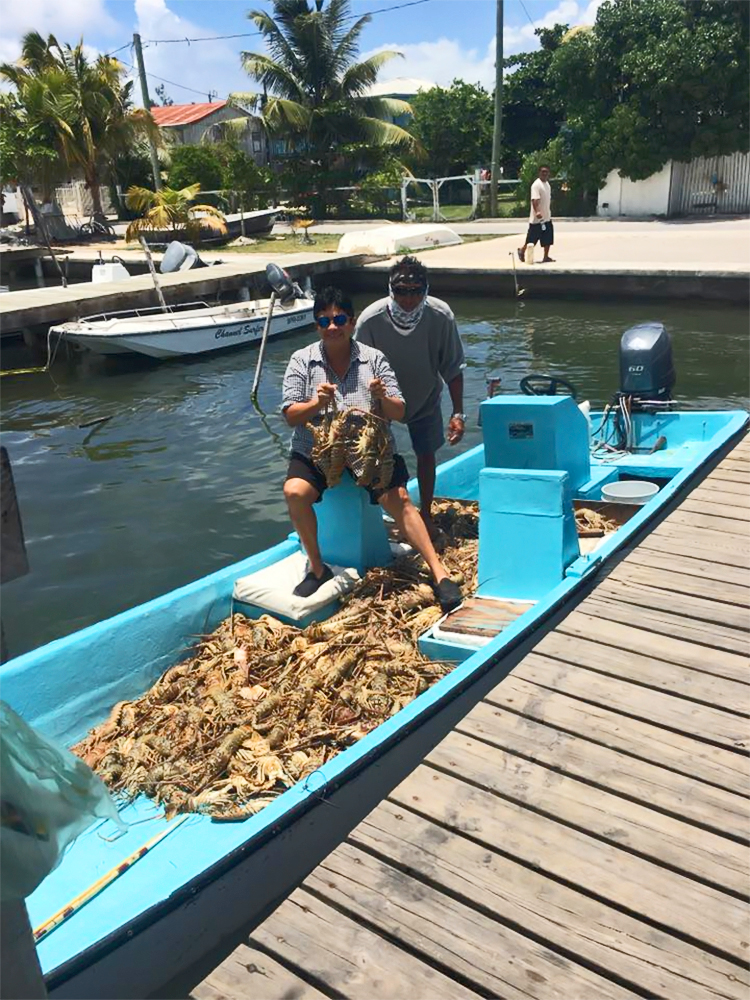 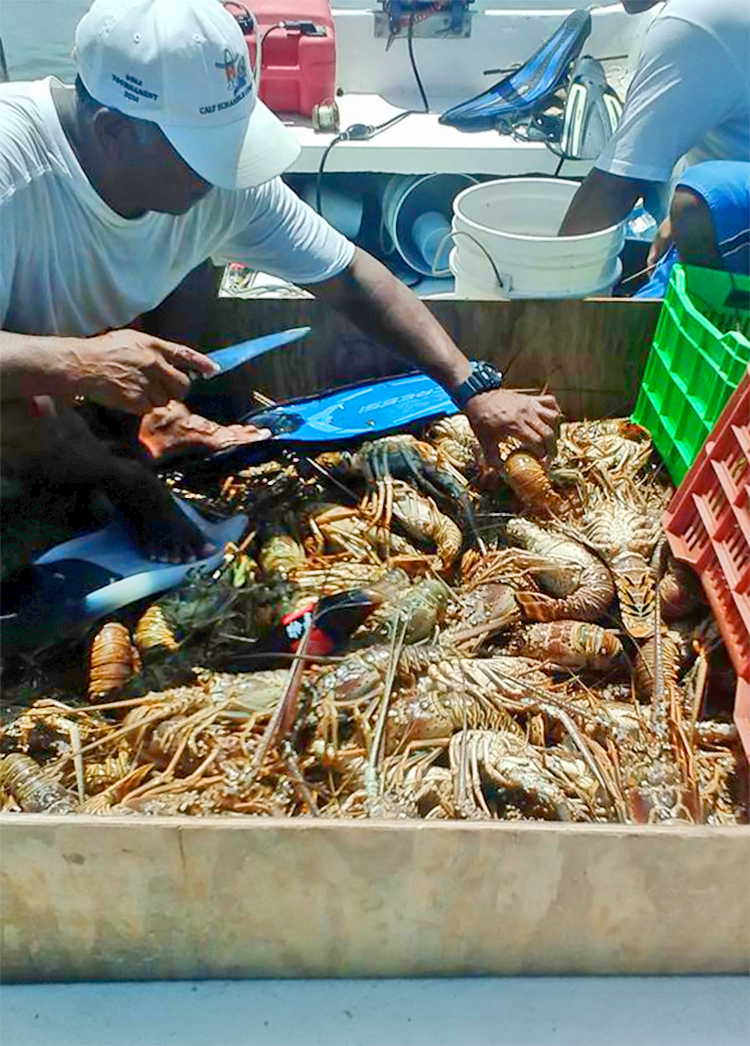 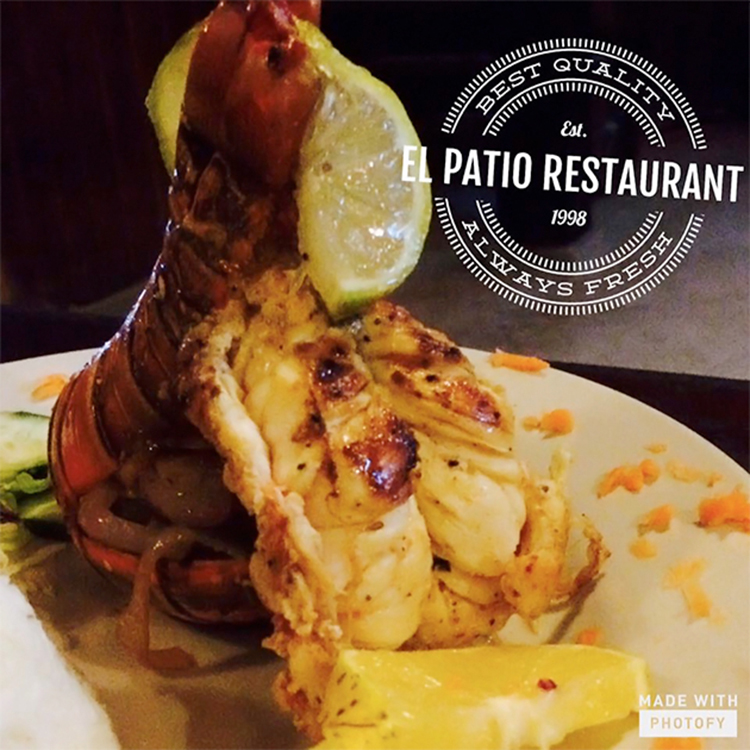 El Patio Restaurant entices us with this delicious-looking lobster tail 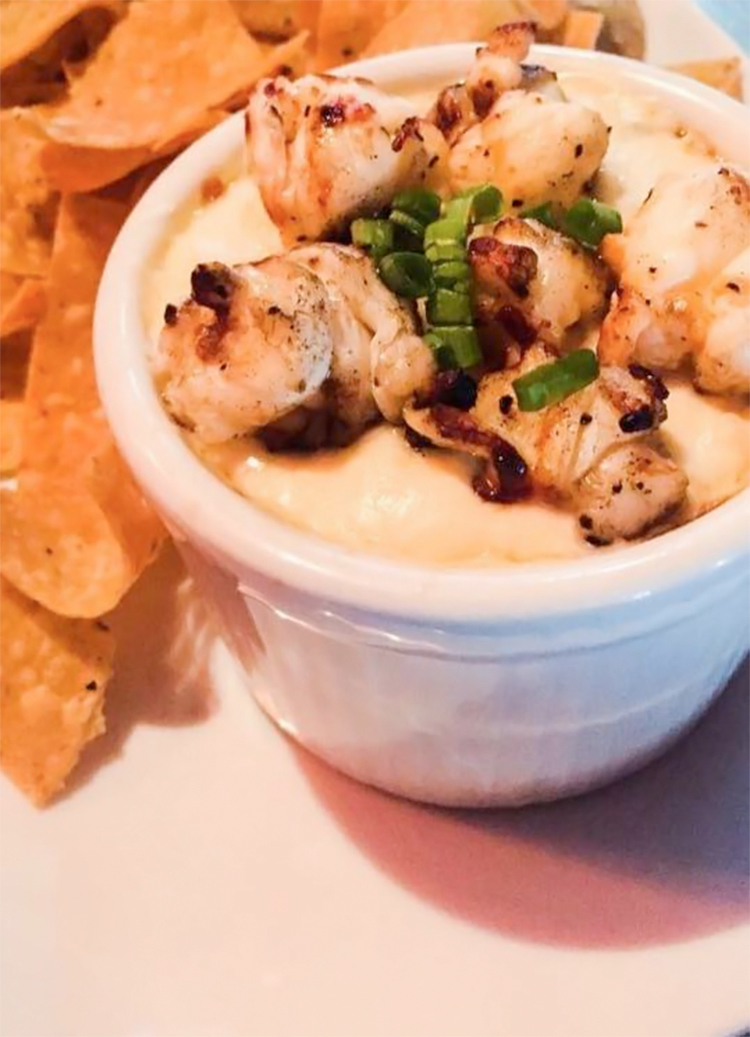