There’s a tiny little room “a bean-throw away from downtown San Ignacio”, in the Cayo district, where you smell the magic walking in.  Ok, for those of you that don’t know I’m a chocoholic that sounded strange.  No, I am not talking puffs of smoke and incantations; I’m talking the transformation of the artfully roasted cacao bean into the rich velvety goodness that is authentic Mayan chocolate.

That’s right, I know the People On Our Map making it!  Adrian and Elida Choco, believe their family name marked their destiny on this chocolate making journey.  He was a bartender at Chaa Creek when he met Elida who was the receptionist at the same resort at the time.  The bartender in him still believes it was his cocktails that won her over.  They are now married with three children, a couple of six-year-old twins and a three-year-old, all girls!  They are on a mission to share their culture’s traditional chocolate making techniques with their visitors. 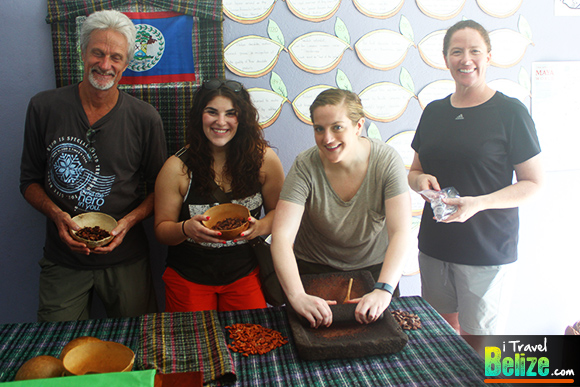 As a chef I have seen chocolate made, but not like this!  There’s obviously no machinery involved, just Mayan Muscle and a stone passed down for generations.  According to Adrian the “Mano and Metate” is so special because it can only be acquired through the privilege of inheritance.  The Maya believe that if the stone is in use by anyone not in line to inherit it, the spirit of the past owner does not rest.  If there is no one to inherit the stone it must be removed from the home in order to allow the spirit to rest.

One of the three stones owned by the family is over 300 years old and is originally from the Coban area of Guatemala.  It was passed from Adrian’s grandmother (on his father’s side) to his mother.  Her family of eight grew up using the stone to grind all types of grains and seeds including cacao beans; Adrian being the last son in, line inherited the stone.  This is a great honor for him and his family. 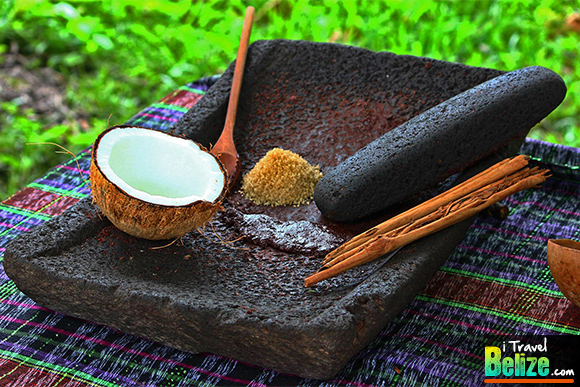 The respect for their culture is evident and starts with the first crop of the Cacao tree being buried as an offering to Earth, Rain and Sun in thanksgiving for the crop.  It is with the second crop that they begin using the pods, roasting the seeds and making the widely desired masterpiece.  I was not fortunate enough to visit the farm where the cacao is grown, harvested and roasted, but it is now at the top of my bucket list.

A sense of relaxation comes with the peeling of the freshly roasted beans.  The process of “grinding” them on the stone to form a paste is almost therapeutic.  Traditionally the chocolate making process would end here and this paste would be eaten as is with no added sugars or milk; tortillas would accompany the paste instead.  I could see how mole would develop from this vibrant flavor on chocolate’s own culinary journey.

Elida offers a taste of the traditional drink which consists of the paste, hot water to dilute it, honey and spices such as cinnamon, nutmeg and even sundried habanero powder.  It was a drink consumed only by the elite Maya in ancient Mayan times.

To better please our spoiled palates she adds brown sugar to the paste and passes it through the grinding process once more before molding the chocolate that we’d be allowed to take home.

This chocolate is not for sale.  The cultural demonstration is hands on and you work for the little you take home by assisting Elida in the chocolate making as Adrian walks you through the process and explains the significance of everything to the Mayan culture.

I consider it a great privilege to have had the opportunity to experience a Ketchi Maya and a Mopan Maya coming together to ensure that this part of our Belizean culture is not lost.  I wish many blessings on this family, especially on the three girls who are undoubtedly on the path to becoming great chocolatiers.

I highly recommend their cultural demonstration as top of my list of things to do in Cayo, but mostly insist that Adrian and Elida Choco are two must meet People On Our Map as you create your own Unbelizeable Vacation! 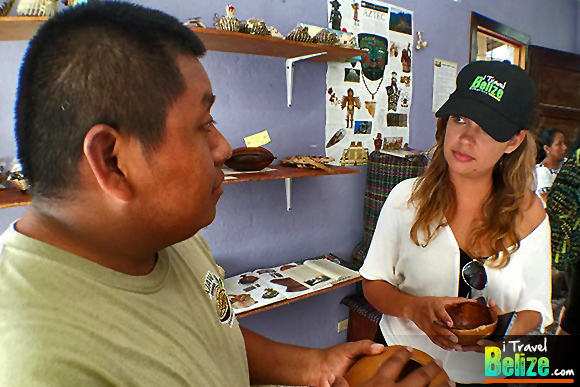 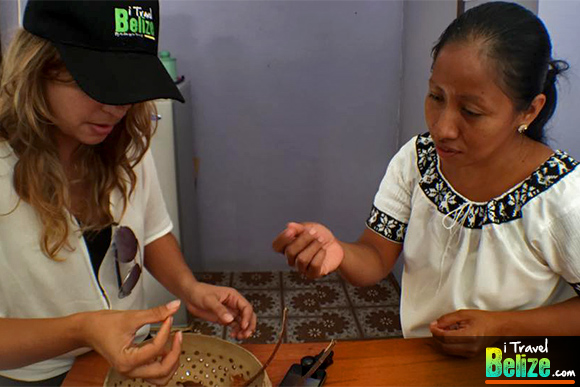 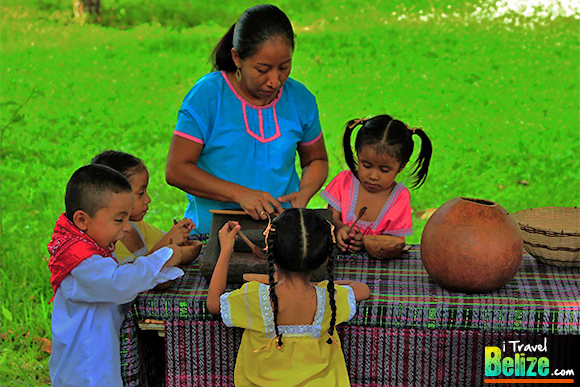