There is always a buzz around town when Belize is featured on international television, but this one stirred us up more than usual. Belize was featured on Criminal Minds Beyond Borders (Episode: “Love interrupted”) and so many of us were waiting by our TV!  We were very excited to see our jewel and the footage of it that would be seen around the world.  Little did we know, we were in for a disappointment and a couple laughs to say the least.

Although there was some footage of Belize on the show, it was very little and showed only the mainland which is not where the events were said to take place.  Let’s break down where they went wrong shall we? 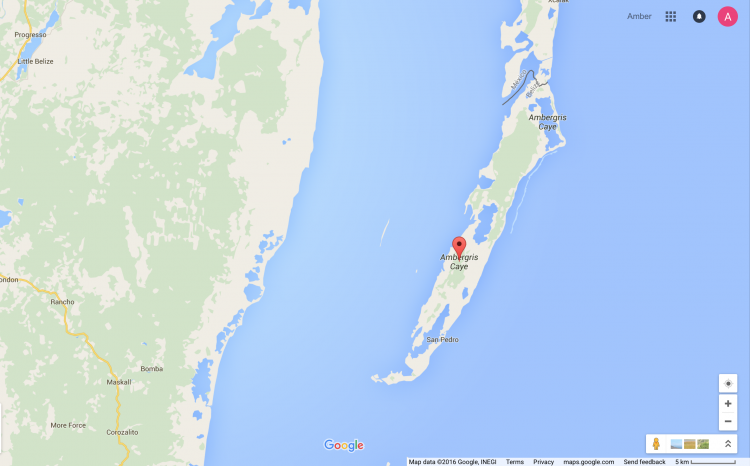 The show featured a couple on their honeymoon in San Pedro, Belize, who were kidnapped.  San Pedro is the name of the town on an island off the coast of Belize (as seen above).  It can not be reached by road or bridge, the only way to get there is by airplane or boat.  There is no international airport yet either and our airstrip only caters to small aircrafts, so that big jumbo jet the FBI arrived in would have no place to land on the island. 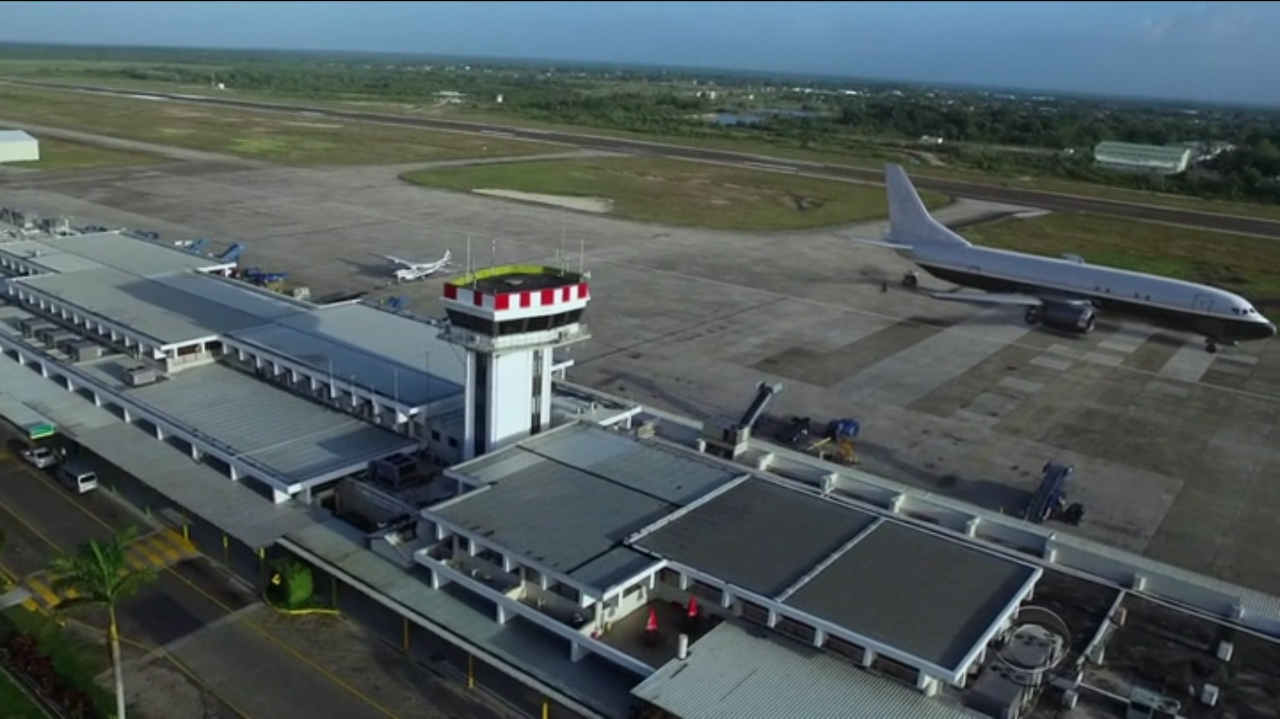 The picture above shows what Criminal Minds Beyond Borders showed as the FBI team landed on San Pedro.  This is actually the Philip Goldson International Airport which is located on the mainland in the Belize district.  Below see what our airstrip actually looks like in San Pedro, Belize. 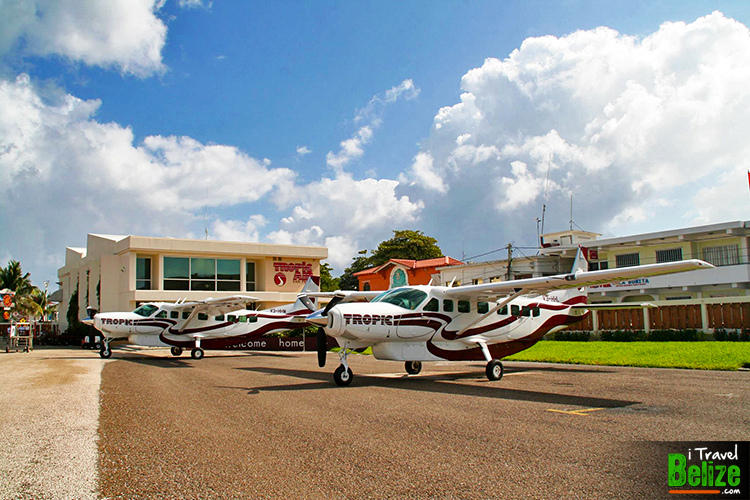 Although you are most likely to be welcomed anywhere you go in Belize, if you are passing this sign in a rental car looking to drive to the islands, you’re going the wrong way! 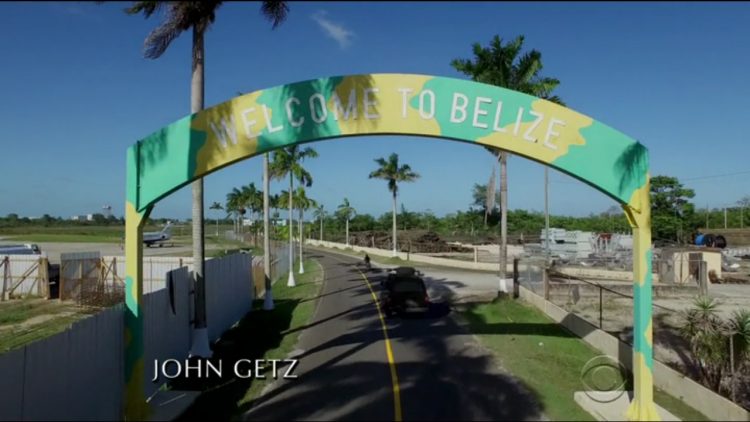 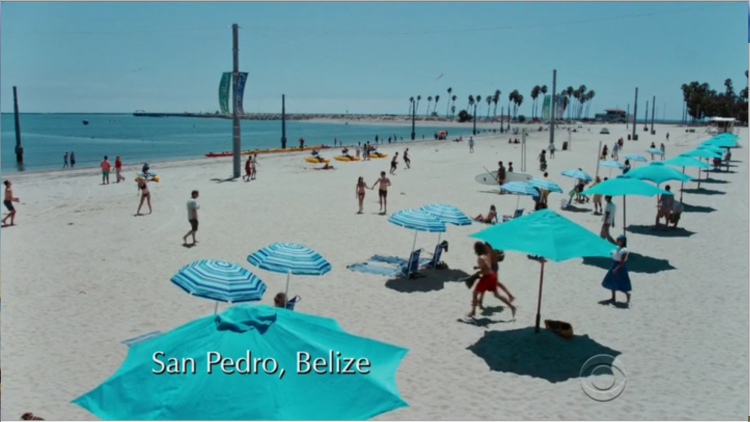 Another thing to notice about our island is that in some places it is so narrow that if our beaches were as wide as in the show obviously shot in a big city (above), they would literally cover the front end of town (below).  Our island is small and charming and we like our front porches close enough to watch our kids play in the water. 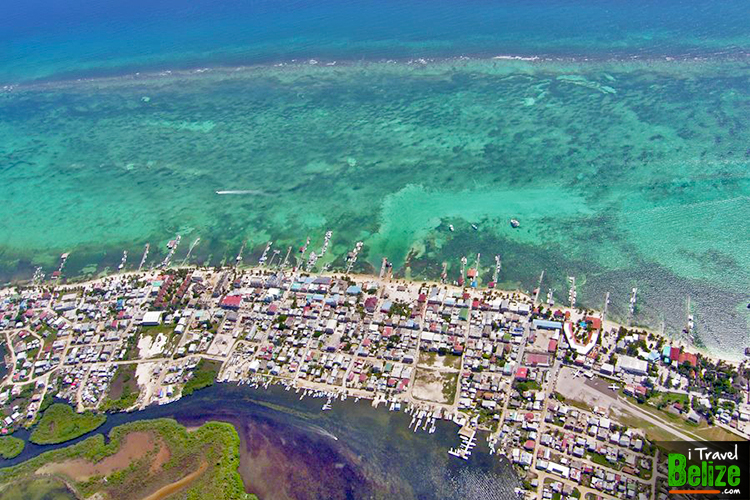 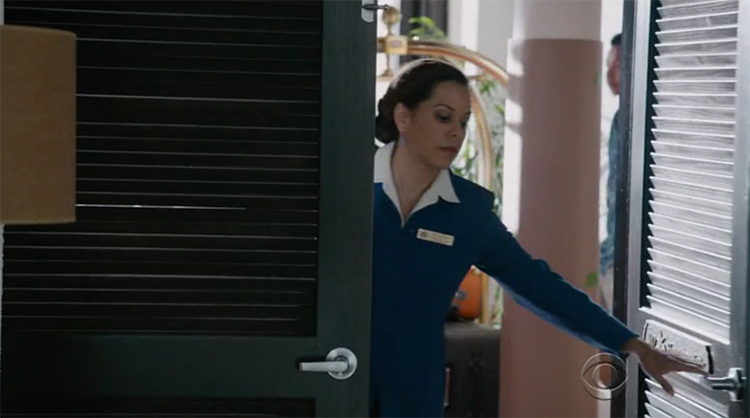 This snobby lady wouldn’t last a day at a hotel in San Pedro.  We are a friendly welcoming people and we do anything to make anyone visiting our country feel happy to be here.  Our entire population on the island depends heavily on the tourism industry and everyone here is directly or indirectly linked to it.  San Pedro is the heart of tourism in Belize and we pride ourselves in taking care of our visitors and this includes keeping them safe, making the entire kidnapping thing highly unlikely.  Even if anyone were to get kidnapped, the odds of hiding someone on an island the size of ours is even more unlikely. 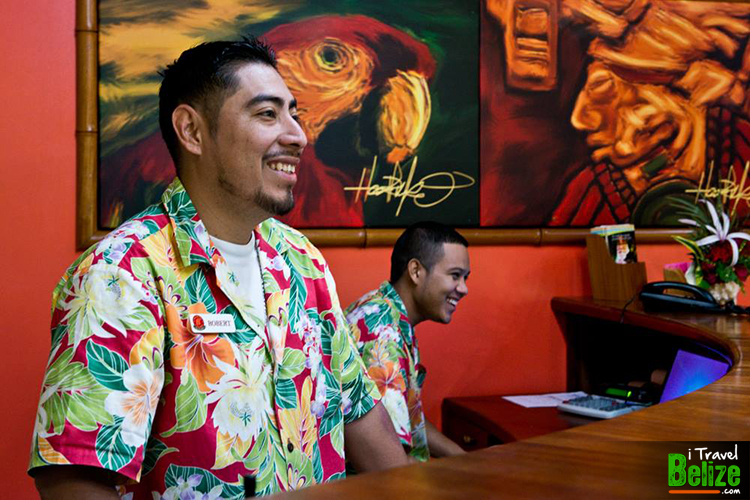 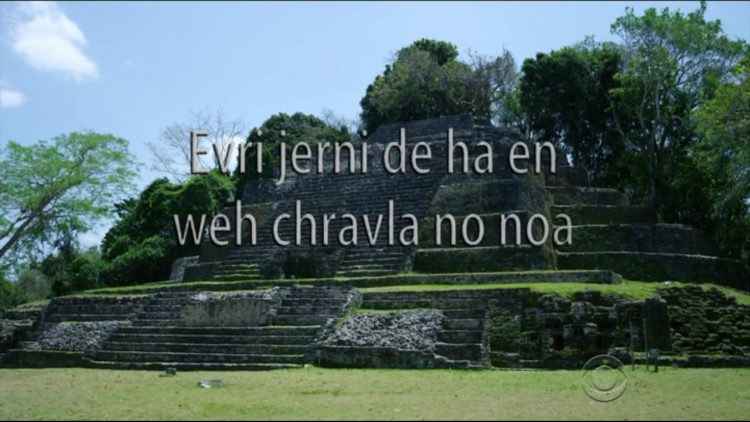 What?  Ok, this is bad, but it’s probably the closest Criminal Minds Beyond Borders got to actual Creole in the entire episode.  The “native” in the show sounded more illiterate than native and don’t get me started on their bilingual agent!  The truth is our first language is English and Creole is a dialect derived from it.  There is absolutely no Spanish in Creole as mentioned in the show. 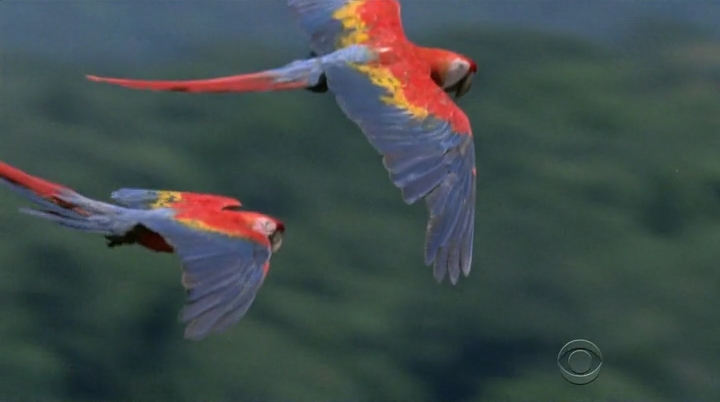 While the Scarlet Macaw does grace the sky above our beautiful country, it makes it’s home above the lush rainforest deep in the mainland, not usually on the coastline and definitely not on the islands. You are way more likely to look up at a pelican in San Pedro than a Scarlet Macaw. 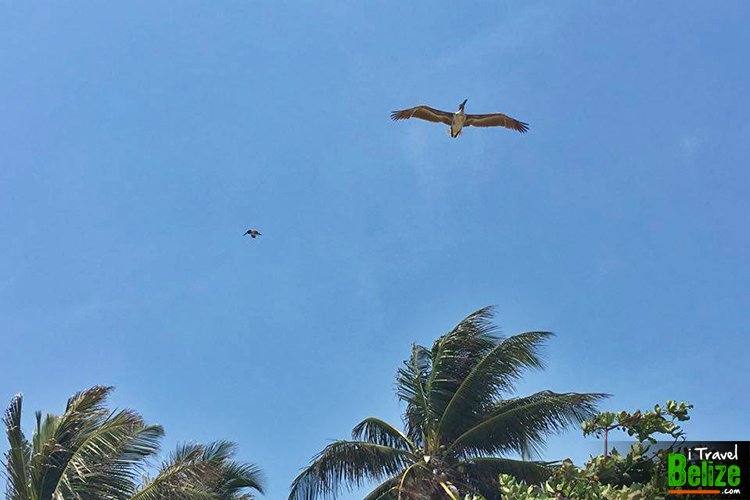 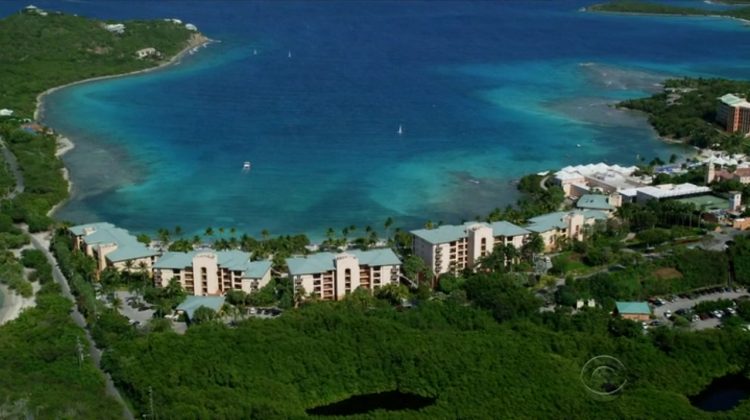 Banyan Bay is a Hotel on San Pedro, not an actual Bay and not even located on a bay. It is on the same straight coastline as everyone else as seen below. 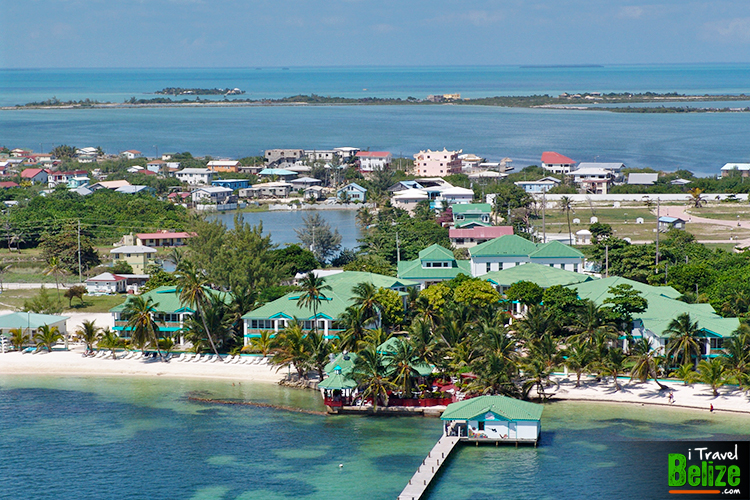 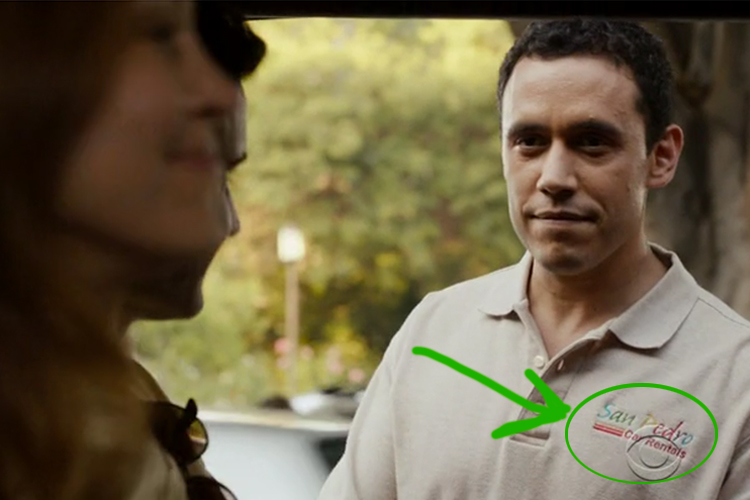 The couple rents a red jeep from “San Pedro Car Rentals”.  This one is funny considering the only rentals you will find on the island are for golf carts, scooters or bicycles.  Golf carts are the main mode of transportation and while you will find a few cars on the island, they are privately owned or taxi cabs. Oh, and there is ONE red jeep on the island! 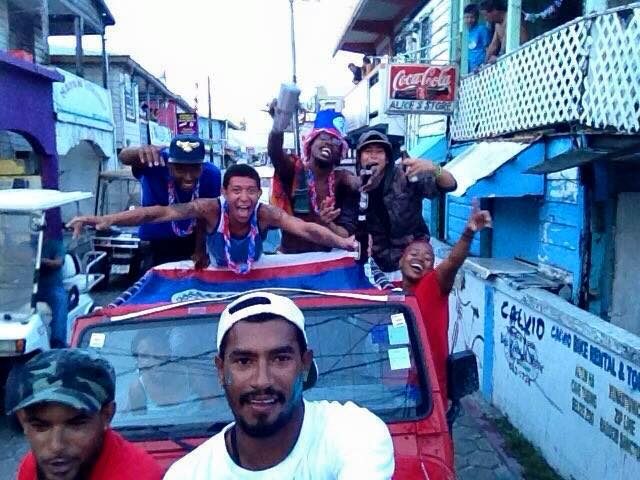 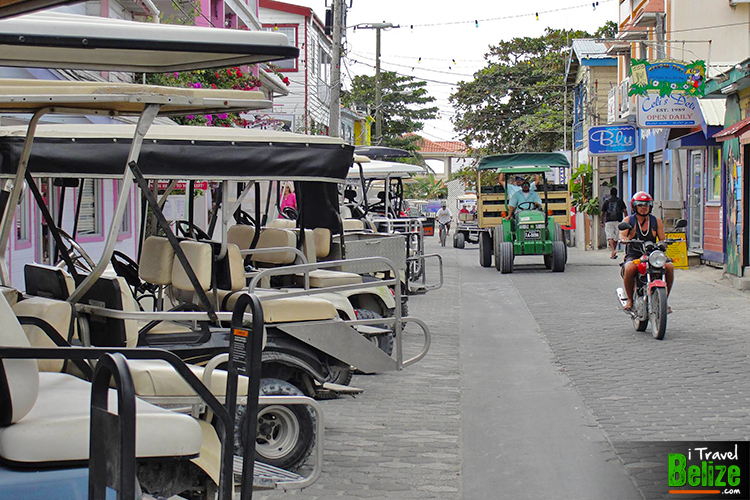 Pretty much everything is wrong with this next picture but lets go with the fact that the island is flat, no hills anywhere, much less mountains. 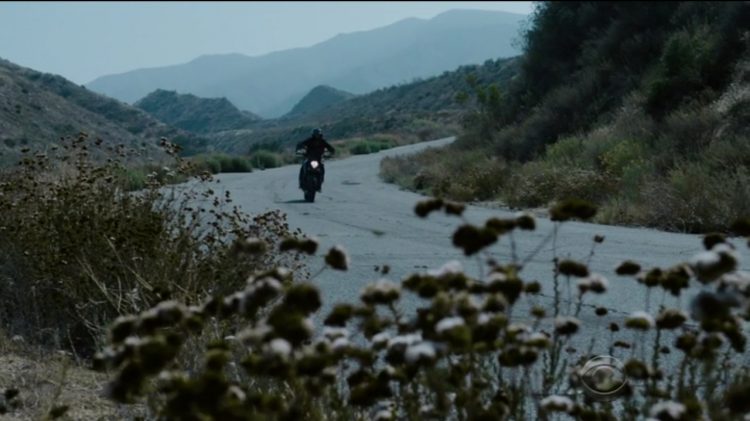 The fireplace in sunny paradise 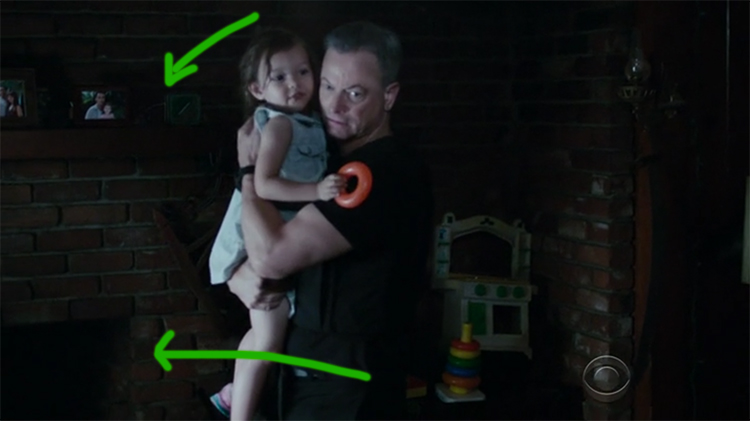 Being so close to the equator, our record low on the island is pretty close to fifty degrees fahrenheit and it rarely ever gets that cold.  We do not have indoor fireplaces on San Pedro and come to think of it we don’t construct with brick here either.

The fact that this show implied our Mayan people would eat someones heart, hands and feet was plain rude.  We live in 2016 and so do our Mayans. 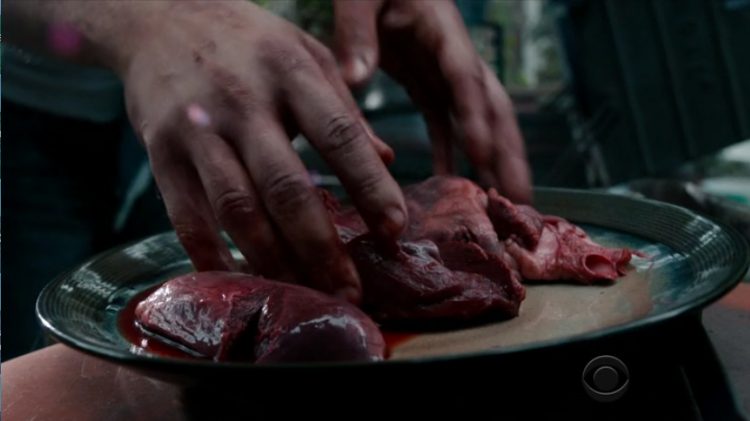 Besides the fact that Mayans are more likely to be making chocolate in Belize than “heart steak”, islanders are way more fond of the super fresh and readily available seafood like this killer ceviche at Elvi’s Kitchen! 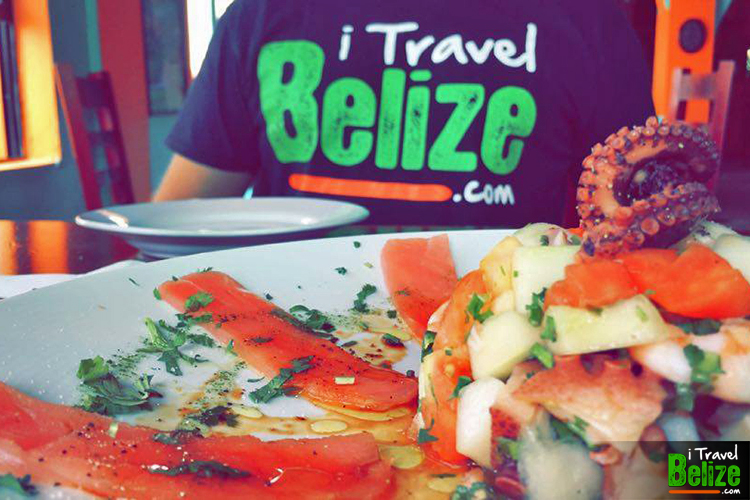 I think I speak for most Belizeans and even expats who now call Belize home when I say “I wish there was a little more research done before this episode was put together”.  Still, it made for good laughs and some of the community even gathered at the Truck Stop’s movie night to watch it and poke more fun at it. 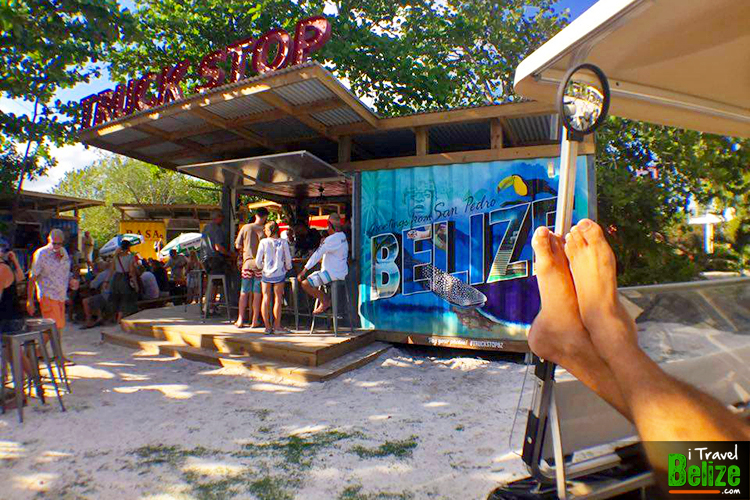