How about escaping to an isolated island for the day where you can disconnect and appreciate the great outdoors? Sounds like a great idea, right!? This little piece of paradise that I am talking about is called Half Moon Caye, located in the lower southeast corner of the reef at Lighthouse Reef Atoll offshore Belize; home to a national park and protected Booby Bird sanctuary.

Half Moon Caye can be reached from San Pedro, Ambergris Caye in about a couple hours (faster from Belize City). A visit to the island as part of a diving/snorkeling tour or an all-day beach picnic is a time well spent walking around barefoot with absolutely no cares in the world. 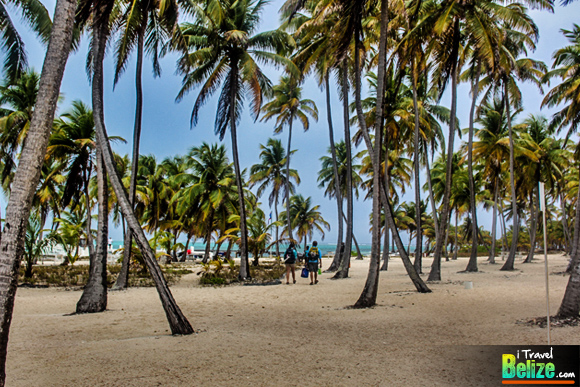 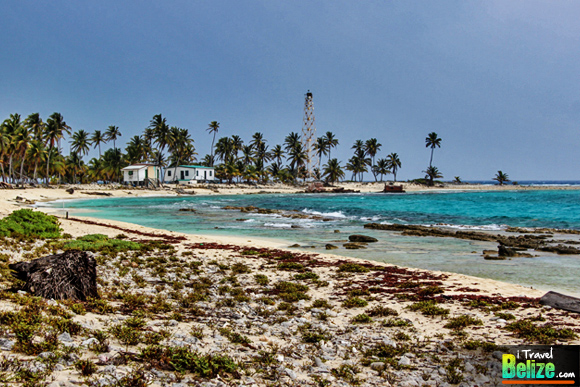 On this tiny island you get to enjoy the best of both worlds. You can do some beachcombing and then find yourself within lush greenery all in a very short walk; without the crowds. The only traffic that you need to worry about is that of Hermit Crabs crossing your path and avoiding crashing into one of the hundreds of coconut trees that fill the island.

The most famous inhabitants of this island are the Red-footed Booby Birds that nest in the Ziricote thicket at the western end of the Caye. Amongst the colony you will also find nesting for the magnificent Frigate Birds that share the habitat. Mind you, once you get close to the colony within the lush greenery of the island, it can get a bit fishy as the birds feed on marine life; the area can get fishy at times, but it’s not all that bad.

The bird habitat is the most spectacular site on the island (a birdwatcher’s paradise) as there is a viewing platform in the heart of the colony that lets you enjoy the birds from up close, high up in the canopy. The observation tower is the main facility, but the Caye (a National Monument managed by the Belize Audubon Society) also has a visitor center and picnic area. 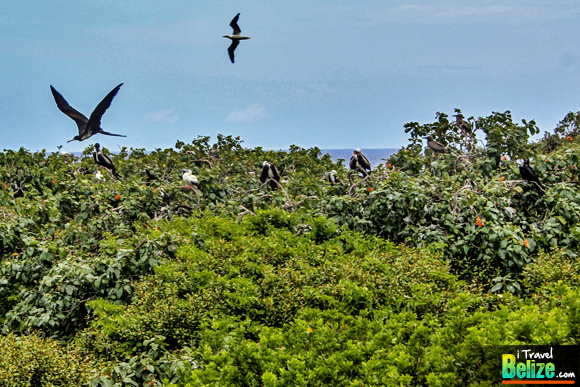 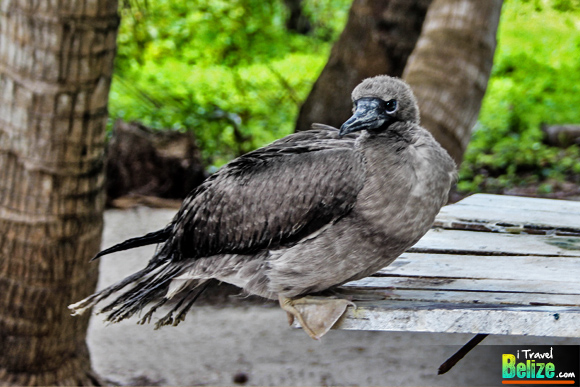 Several PADI dive operators visit Half Moon Caye out of San Pedro, Caye Caulker, Hopkins, or Belize City. There are also charter services throughout the country, as well as island lodges that provide packages that get you there. Enjoy snorkeling around and observing coral, sea grass beds and an abundance of unique marine life.

An extremely picturesque old lighthouse once stood magnificently at the eastern point of the island but years of damage by passing hurricanes in the area brought it down. Now only its remains can be seen scattered along the beach as the structure crumbled into the reef rocks. The beach is filled with coral, thousands of seashells and white sand; the waves literally crashing at your footsteps as the roll on the coral reef bordering the beach.

Our trip to the Half Moon Caye island was facilitated by Amigos del Mar Dive Center in San Pedro, Ambergris Caye. Their experienced staff made the trip fun, adventurous and exciting. When on, Ambergris Caye, look them up for excellent tours and dive packages for the entire family. Elsewhere, check with your hotel’s front desk or favorite tour operator. 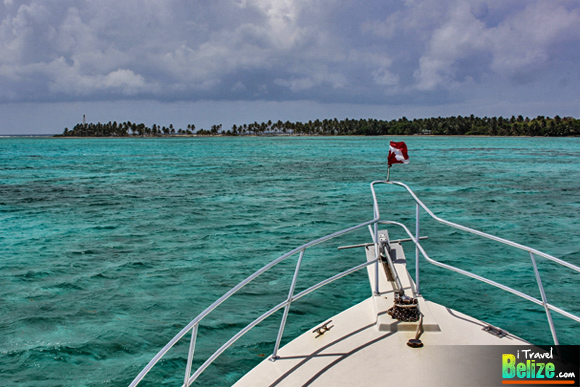 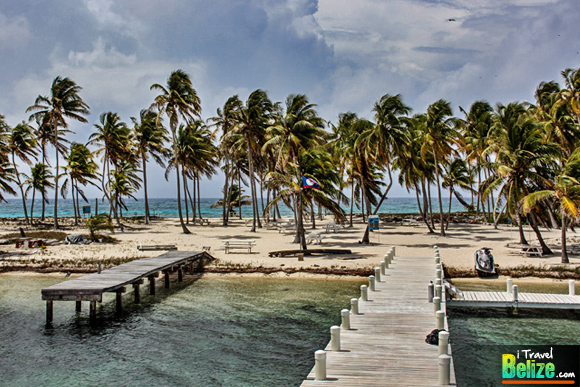 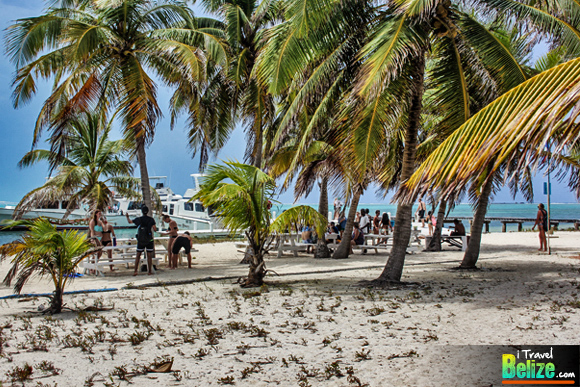 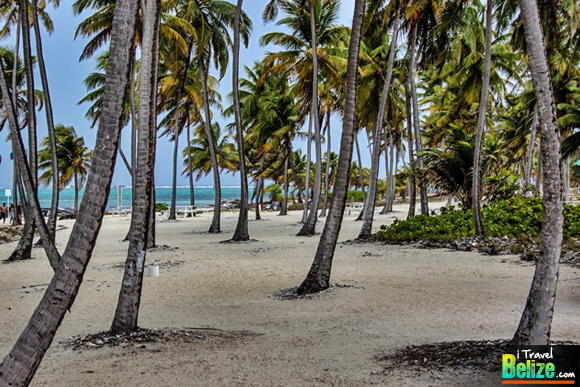 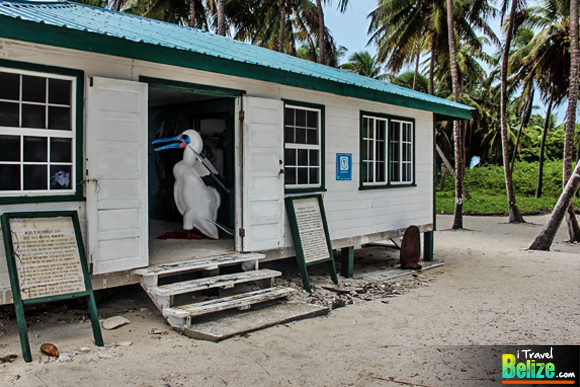 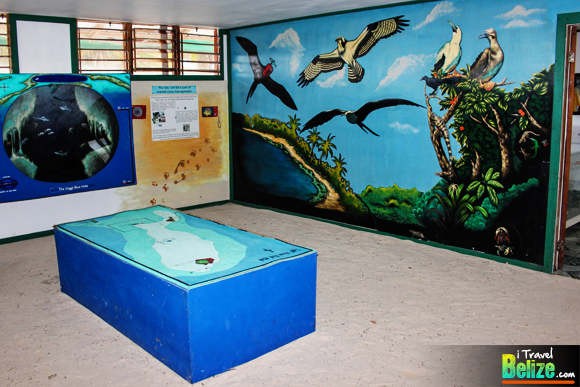 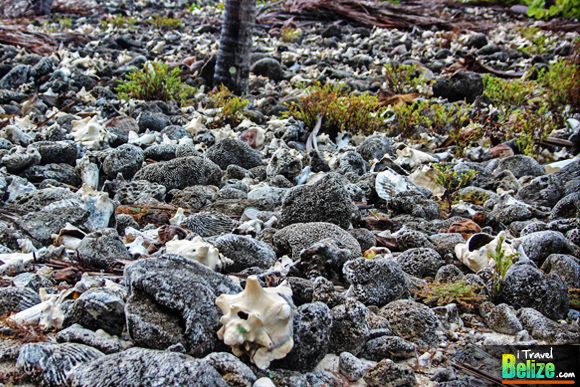 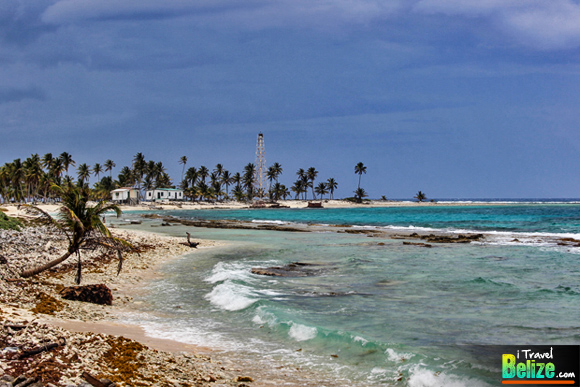 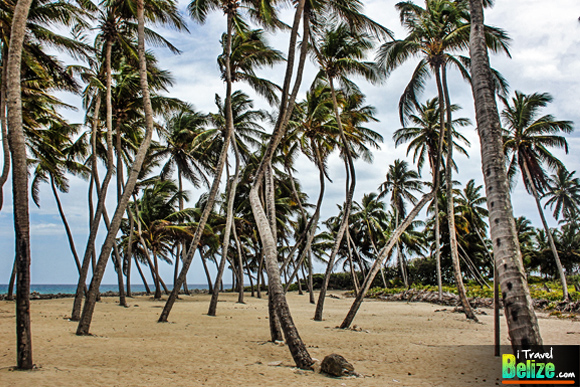 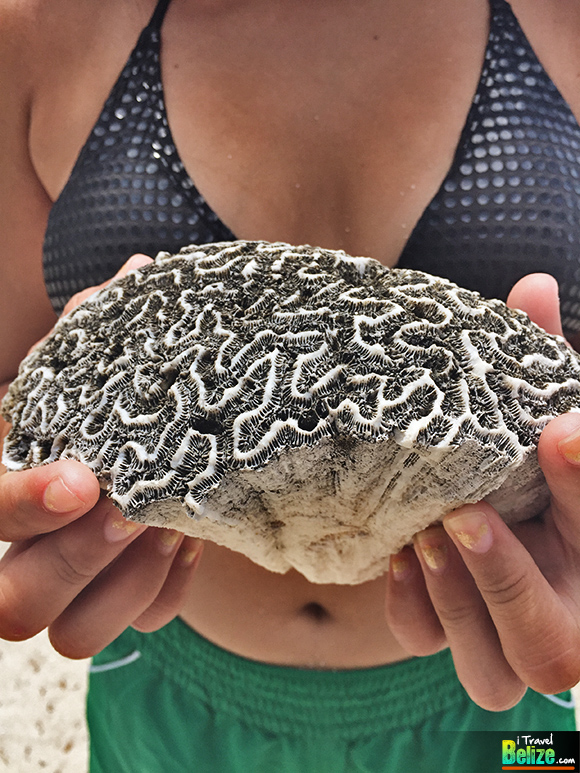 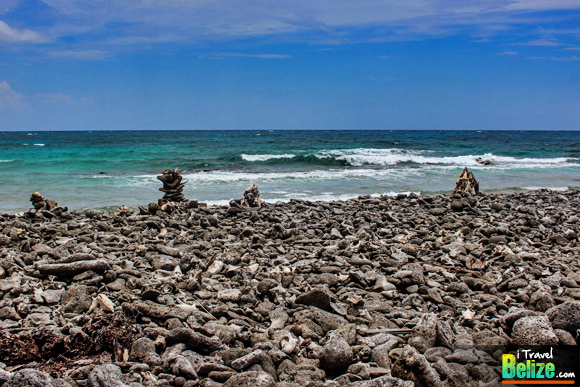 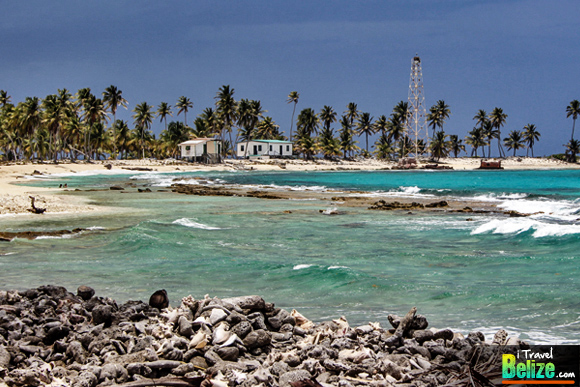 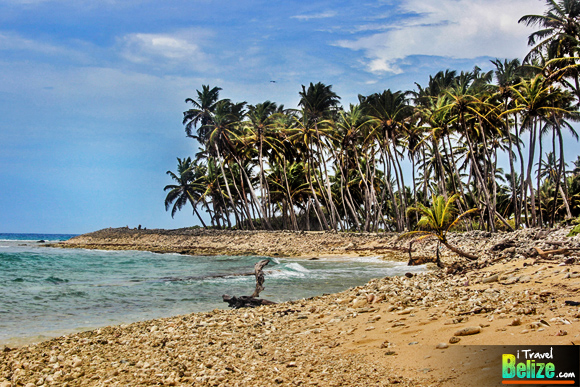 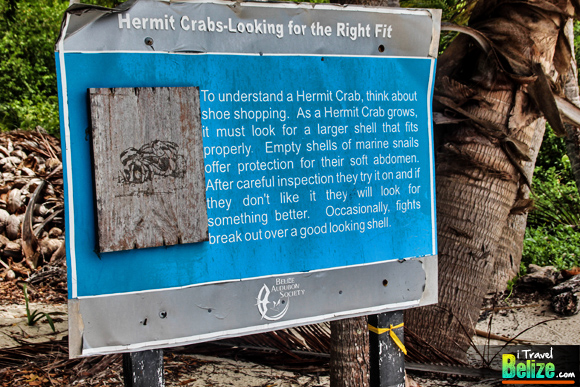 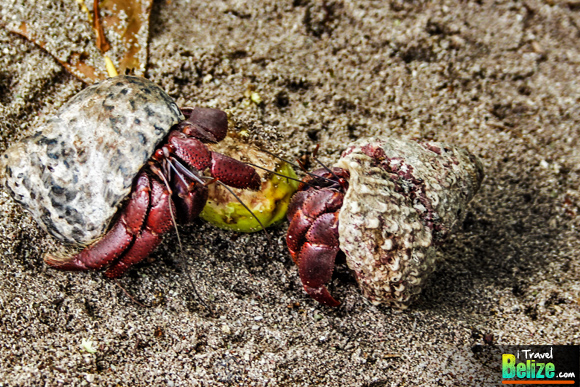 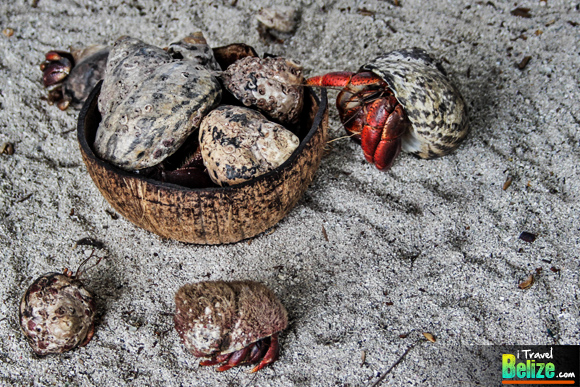 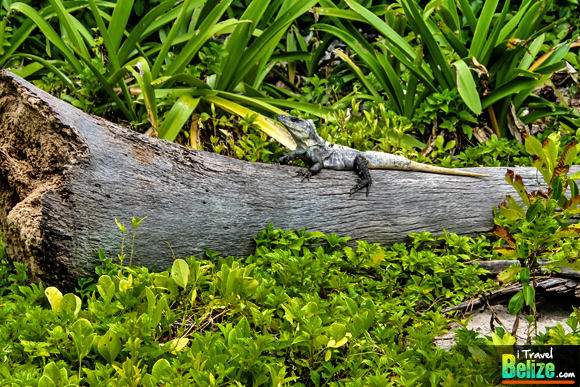 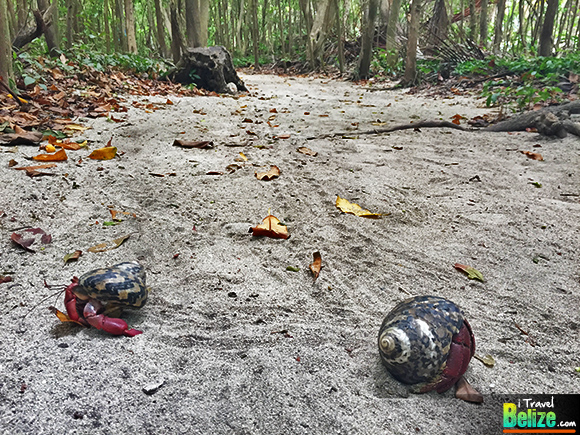 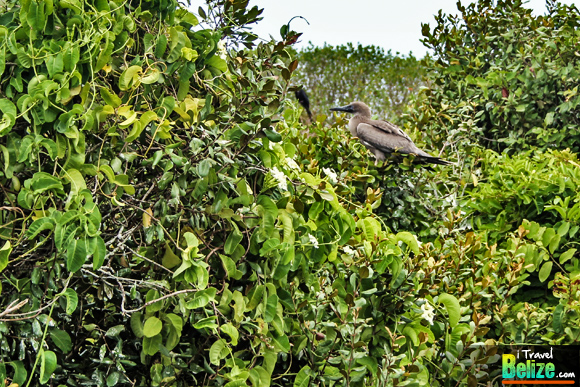 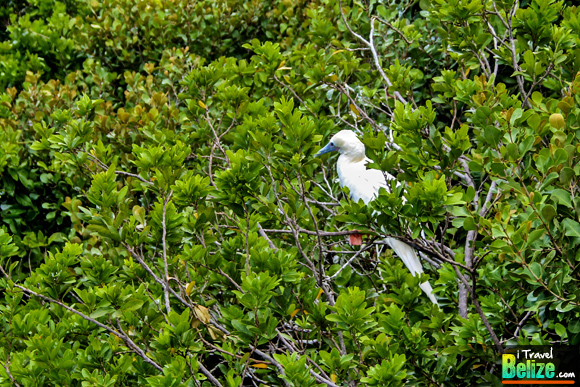