Our beautiful Belize is known for its natural wonders that included the Great Belize Barrier Reef, the Blue Hole and its Mystical Maya World and Archeological Sites. Making it in the international scene is one of Belize’s most popular Maya sites, the Actun Tunichil Muknal, also known locally as “Xibalba” or ATM Cave, is a cave in Belize, near San Ignacio, Cayo District.

The Actun Tunichil Muknal is a Maya archaeological site that includes skeletons, ceramics, and stoneware. It is a very popular tourist attraction and both locals and tourist enjoy visiting the cave. ATM Cave has been featured in Ghost Hunters International season 3 episode 9 “The Crystal Maiden: Belize and France” where the team of Ghost Hunters evaluated the ghost stories behind the mysterious maiden.

ATM Cave has also ranked #2 as The Creepiest Places on Earth You Have Never Heard of by Alex Flux on Nster.com; this is what he had to say:

“The cave of Actun Tunichil Muknal is also known as “The Cave of the Stone Sepulcher.” The cave plays host to numerous skeletons, but what makes it even creepier is the fact that most of the skeletons belong to sacrificed children. Many of the remains and artifacts are completely calcified to the cave. One of the cave’s most notorious features is the skeleton of a teenage girl, whose bones have been calcified into a crystallized appearance. This skeleton is known as ‘The Crystal Maiden’.” 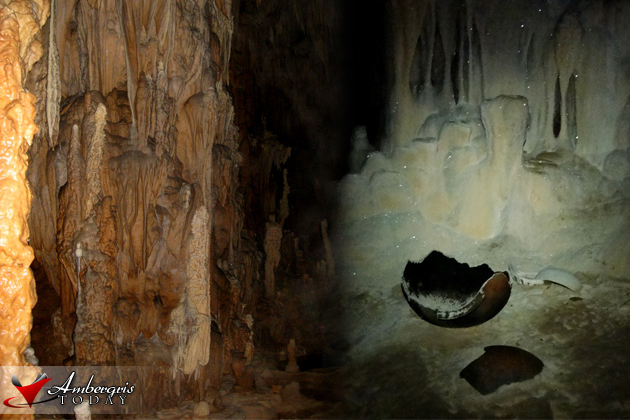